Opposing ANY Nominee?! A righteous rant against the Right gone wrong

With condolences, sympathy and appreciation to his family, Justice Scalia's passing couldn't have come at a worse time for the nation, or for the interests of the conservative Right. If you have even a small understanding of the Constitution, and of how close recent opinions of the Supreme Court have come to overturning or even eviscerating numerous constitutional protections of our rights, then the potential of President Obama placing yet another justice on the Supreme Court... is chilling, even blood curdling. 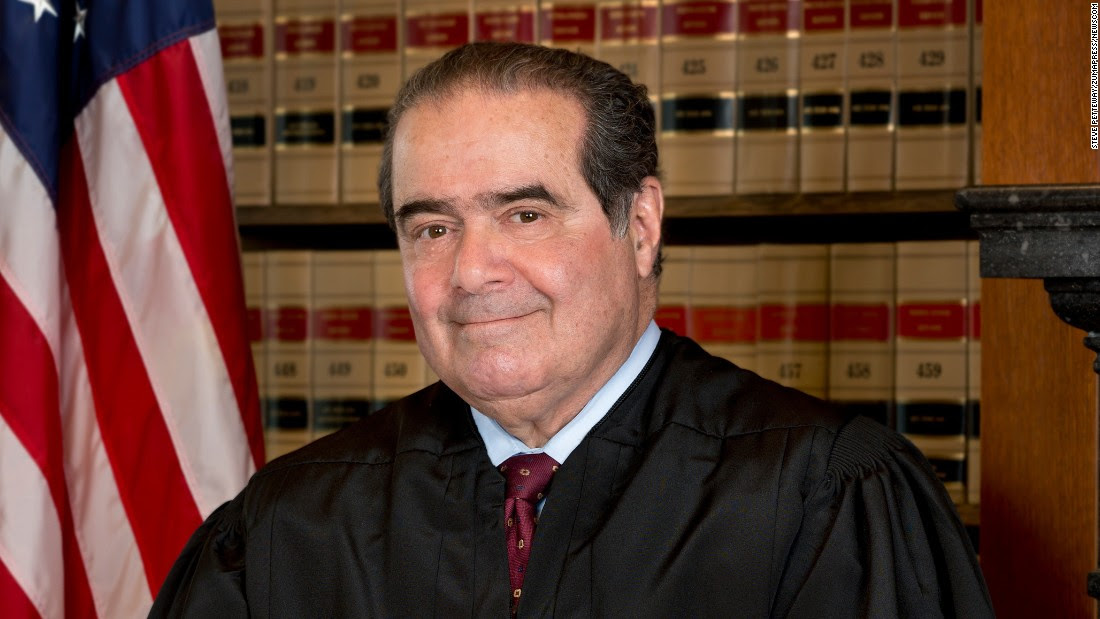 I can tell you right now, that if the current President was a Conservative, and facing a similar sudden vacancy on the court, I guarantee you that if he even publicly entertained the possibility of foregoing his power to nominate a replacement because it was his last year in office, I assure you that I'd be first in line calling for his head on a platter... or at least the immediate resignation of his office.

Now of course, if you'd like to urge the President to 'play fair' and leave this next appointment to the incoming POTUS, by all means, feel free to do so, I wish you luck. I get it. Seriously. But to call for the Senate to misuse its power of 'advice and consent', to deliberately delay and block an appointment - any appointment - 'for the greater good'... get thee behind me and begone!

This has nothing to do with any interest I have in 'fairness', and even less to do about "If the tables were reversed the Left would be doing everything it could to delay and block!". Given the fact that the Pro-Regressive Left despises our Constitution and the very concepts of Individual Rights and the Rule of Law, I've no doubt that they would do just that! In fact, they have sought to do just that, as Sen. Schumer did in 2007, as did other leftists before him.

Explain to me again how that puts this in a better light, for wishing to behave just as the leftists would? Oh... Sen. McConnell is calling to block a nominee that has yet to even be named? I see... and you have a long history of deeply respecting Sen. McConnell's judgement, do you?

By all means, oppose a bad nominee, absolutely - knock down, drag out, tooth and nail; but any nominee? On what basis, and with what lawful power, do you propose to invalidate and revoke constitutional powers from the office of the President? Under what authority? According to what Law?

The Constitution does not say that the Senate should only offer advice and consent on the President's nominee, if that nominee is likely to be of the right sort, but... otherwise it should just go ahead and nullify the Presidents powers for the greater good, does it?

Believe you me, I get it, I thoroughly understand and sympathize with the desire to delay, postpone, block, what any new appointment by this President is likely to be. To date I've found his judgment to be repulsive and his taste in nominees even worse. But I do not know how you go about finding the warrant to oppose an elected President of the United States of America from carrying out his constitutional powers and duties, as granted to him through the Constitution, because you don't think the people would like his choice, and so propose misusing the Senate's obligation to give 'advice and consent' to him, in order to do what you think would be best for them.

Elections do have consequences, and sometimes they are terrible ones. Teddy Roosevelt. Woodrow Wilson. FDR. Jimmy Carter. Bill Clinton. But our ends don't justify the means either, not even if we're really sure that we know best and that we reeeally want them to.

I feel your pain. But travelling in this direction, is only going to intensify it.

I hasten to repeat, that if President Obama nominates someone unworthy of the highest court in the land - someone of the likes of Elana Kagan or Sonja Sotomayor for instance - then by all means, dig out their records and evidence of previous unworthy or even anti-American and anti-constitutional statements and activism, and hold them and President Obama's judgment accountable, hold them up to ridicule and vitriol and torpedo their nominations in a fully justified rendering of that base new practice of 'Borking', which then Sen. Biden, led against Reagan's nomination of Judge Bork.

That would be all well and good and proper and in accordance with giving the President "Advice and Consent" upon his nomination.

But to state your intent to block any nominee, without even knowing who, to declare your intent to oppose the provisions of the Constitution on the basis of your own political sympathies...THAT is the siren song of doom, not only for this coming election, but in the precedent that it will set for every President elected from here on out, where Congress will set limits on executive power based upon it's current comfort levels on the coming election.

The Constitution was ratified by We The People, not We The Right or We the Conservatives or We the GOP - just who in the hell do you think you are?! And if that is your declared intent, then what is there in you that I should have any respect for?

That entire train of thought, by the way, that same willingness to forego proper constitutional regard and judgment in order to save political appearances, is exactly why Kagan and Sotomayor are on the court today. Craven cowardice on the part of political hacks, seeking political advantage at the expense of right and proper constitutional responsibility. Such behavior is not even up to the sub-par level of political correctness, it's more like pure political squeamishness.

Not to mention the fact that any such talk today, will only call into question and disrepute any real, and justified questions that there are very well likely to be with the next nominee, tomorrow, empowering the entire media heavy pro-regressive left to carry the tide of public opinion up and over your every valid protest to come.

Then what will you do? What will be your cry then? Will you dare claim to stand for the Rule of Law, for respect for every clause of the Constitution? Will you really have the standing to call any action or effort of the Left 'unconstitutional'? Seriously?