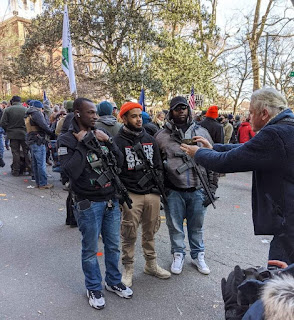 Look at the pictures, videos & links in Dana Loesh's post on the protest, and you'll get a glimpse of the Americans who value the individual rights which our constitutional rule of law upholds and protects, and the attempt to paint them all in white face, is, to say the least, racist to the core.
Posted by Van Harvey at 8:20 AM No comments: