Conservatives Continue to Hammer Themselves in the Left's 'Long Game'

A friend of mine brought an article to my attention, with the catchy title of "Roberts And Kavanaugh’s Death Penalty Betrayal Again Shows Why Conservatives Never Win The Long Game On Judges". Attention getting, eh? With a title like that, of death, betrayal and long games, you might expect to learn something about the story behind the case, presumably starting with what it's all about. What we learn about it, is that the SCOTUS recently:


"...summarily reversed the Texas Court of Criminal Appeals' determination that Mr. Moore "did not have intellectual disability and consequently was eligible for the death penalty...."

, and that is all, repeat all, of the information mentioned about the actual case itself. Curious. If what's happening with a case in the Supreme Court is important enough to post on to the general public, shouldn't there at least be some mention of the nature of original case made, such as what crime was committed, which rights and laws were originally violated in it? Even just a quick aside, on the way to making another point, as the AP did here:


"...The justices ruled 5-3 on Wednesday in favor of inmate Vernon Madison, who killed a police officer in 1985. His lawyers say he has suffered strokes that have left him with severe dementia...."

I can't help but wonder what sort of view of The Law a person has, that when communicating the importance of a case to those who are unfamiliar with it, that they find the original crime and punishment of that case to be of little importance, even irrelevant to the story? The author of that post, Josh Hammer (the latest in a long line of 'Conservative!'s to sport the bow-tie look), surely knows far more about the particulars & processes of the law than I ever will, as  his blurb notes that he's clerked for a Judge on the U.S. Court of Appeals, Fifth Circuit, and for the Senate Judiciary committee, and much more... including this: 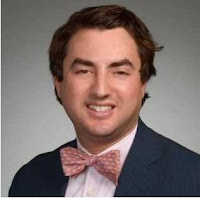 "Josh graduated from Duke University, where he majored in Economics, and from the University of Chicago Law School"

Law School and Economics. Huh. That caught at my attention a bit... snagging on a fragment of a useless memory, where Oliver Wendell Holmes Jr. once wrote in the Harvard Law Review, envisioning a future of lawyers as "...the man of the future is the man of statistics and master of economics..." - of course Holmes was not only not a conservative, he was one of the original Pro-Regressive anti-conservatives to sit on the Supreme Court. Huh. Well, be that as it may, you might still think that having graduated from two prestigious colleges would've helped Hammer to clarify the nature of the case he's posting about. Nope, that skill seems to have been left out of his education. From Josh, we learn nothing of what crimes were committed, nothing about who was wronged, what individual rights were violated, or what injustices were perpetrated, or otherwise claimed before the SCOTUS. What sort of 'intellectual disability' was it that Mr. Moore was claiming, and why? Nope. And nothing substantive about what the issues in question were and are, not even what the death penalty is for (murder? kidnapping?), or what the circumstances or extenuating circumstances, if any, were. That seems like a lot to find irrelevant.

Hammer does however have lots to say about the technical and political aspects of this case. Of the technicalities, he tells the reader of its movement through the courts: when it was originally tried, and retried; of fealty to stare decisis norms; that precedents were set, and precedents were ignored; a 'per curiam' opinion was given (not what that is, or what opinion was given in it, just that something was improperly handled); he tells us who dissented, concurred or reversed their opinions, or gave none at all; he notes that binding and non-binding stuff happened, and so on and so forth. On the political aspects of the case, he focuses upon viewing it through a particularly partisan lens to the point that he even expresses his disgust with Republicans failing to "...work to end sycophantic judge-worship...". Seriously? The Right is often accused of many things, but 'sycophantic judge-worship' isn't one I often hear - and what does it mean? He doesn't say. If you drill into and through a few layers of his links, you might begin to get some sense of what he means by that (using federal and state legislation to reduce the scope of judicial rulings, together with a POTUS taking an Andrew Jackson approach to the judiciaries rulings: "John Marshall has made his decision; now let him enforce it"), but the casual reader of this post is given no clue about what he meant by any of that, other than, obviously, the 'badness' of Republican Nominated Judges failing us.

In short, he tells us loads and loads about the particulars and processes and operational technicalities of the law that were, or perhaps weren't, followed, but nothing at all about the original details of the case, the arguments for, or against it, or how those many technicalities led it to being raised at the Supreme Court, and serve the cause of Justice being done, and all of that lack of information is packaged here to hype an agenda which largely remains unclear. This post isn't a one-off for him; while there are exceptions, it's common for him to take this approach in his posts, and he is not the only conservative today to be taking it, and it's that wider norm, more than Hammer himself, that my comments are being directed towards here. Focusing on the technicalities of law might be appropriate for a journal for law nerds, but the fact that this was posted on the Daily Wire for the general public's consumption, means that those unexplained technicalities of law are going to be driven forward under the power of the post's partisan political sizzle alone, which I think tells us something about how a successful conservative lawyer views the law today, and how they think the public should view the law: keenly focused upon particulars, processes and points scored, rather than on the principles and purposes which those processes were (originally) supposed to serve.

That, IMHO, is a symptom of the very problem that Hammer is ranting about (and is exacerbating), and points towards just what sort of long game he's playing -  whether or not he's aware of whose game it is that he's playing in (I have my doubts), is another and deeper issue.

He hammers on through his lens:


"...what is not particularly enjoyable is to watch the legal conservative movement beclown itself time and time again by nominating — and placing institutional and political capital behind — judges who more often than not deeply disappoint conservatives."

How conservative of a legal perspective is it, to show little or no concern for communicating the substance of a case (again: Murder? Kidnapping? Causes? Pleas?) to an audience, or even what meaning the SCOTUS decision had for this and other similar cases, but instead concerns itself only with the technical processes and aspects of the SCOTUS decision that ran afoul of his partisan expectations of the judges involved? That approach seems far less concerned with making an argument from first principles, than with making a utilitarian case for a 'greater good' that tilts right. Is it now a conservative legal perspective to