College Education: The road not chosen

Much is being said about the rich and famous buying their kids way into college. It is shocking. Sad. But what seems more shocking to me, is what these parents and students were clearly not seeking from the colleges they sought to buy their way into, and it is shocking how little that lack has figured into the discussions I've seen about the issue so far.

Of course what all of these parents and students are seeking to gain from their entrance into these exclusive colleges - whether through honest or dishonest means - is, as Ben Shapiro describes, status, connections, and the favorable appearances that come from having attended such schools.


"...The question is why. Both these families are wealthy. The children of these families weren’t going to lack for opportunity in life. Furthermore, isn’t college designed to train people for the real world? Wouldn’t admission under false pretenses result in the kids flunking out? Wouldn’t their lack of merit be revealed by the simple pressure of the schooling?

The answer is obvious: no, it wouldn’t. Colleges aren’t about training kids for the real world, or teaching them significant modes of thinking, or examining timeless truths. Universities aren’t about skill sets, either – at least in the humanities. They’re about two things: credentialism and social connections...."

But I disagree, the question is not 'Why did they do this?', just as the question isn't what they were seeking to get from college, the real question is what these parents and students were not seeking from college, and what other's aren't seeking from our colleges, either. The less advantaged parents and students which so many people are concerned have been unfairly deprived of positions due to these scams, have the very same expectations - and lack of them - even as they complain bitterly about not being able to enjoy the same diploma/golden-ticket to 'success' which graduates of the exclusive colleges are most likely to enjoy.

What these parents, students, friends and faculty, were most definitely not seeking to gain from these exclusive colleges, can partly be seen in how they sought to gain admittance to them. For instance, by arranging for others to take their tests for them, or by posing for pictures that photo-shopping would make them appear to have mad sports skilz (which they would have to lie about for the rest of their college careers), they clearly were not seeking a deeper reverence for what is True; they obviously weren't interested in learning how to live their lives with character and integrity; they certainly weren't seeking after a clearer understanding of honesty and justice; and they most definitely were not seeking to shake the habit of judging a book by its cover.

In fact, judging themselves and others on appearances alone is what they are most clearly all about, and any deeper regard these prospective students might somehow gain for integrity and morality, would in fact have been a serious threat to what they saw as being in their best interests - they could go to jail over taking such thoughts seriously. What they are most of all not seeking in their elite college 'education', is a deeper understanding of themselves; they do not seek to develop the habit of reflecting upon and questioning what they hold to be true (not doubting, mind you, but questioning, which is a very different thing), nor do they seek a vision of what sort of life is truly worth living, and the courage to attempt the living of it. One thing we can be pretty confident that these parents, students, friends and faculty do not seek from these exclusive colleges, is a Liberal education - they do not seek to be led out of the cave of shallow appearances, illusions and the pretenses of those in thrall to power - if anything they seek to move deeper into the comforting darkness of those caves. They think they already know what success is, and only seek more of the same.

And apparently there is nothing in the reputations of these oh so exclusive colleges, that in any way causes any of them to worry overly much about the possibility of their being exposed to any such dangerous ideas and beliefs as honesty, self awareness, or any of the other traditional crown jewels of Western Civilization.

Our most exclusive colleges have excelled for well over a century now, in teaching students either a complete lack of familiarity with the stories, history, thoughts and achievements of Western Civilization, or else they instill in them a carefully parsed narrative of trivialized factoids about them, carefully sterilized with doubt and cynicism, so as to ensure that the real value and meaning of their birthright will never make it past the false fronts of their formal education. They will receive lesson after lesson in an enduring lack of regard for honor and respect, instructional booby traps that will be continuously triggered throughout their lives, dislodging and shattering any virtues that experience might accidentally instill in them.

It's bad enough that the mass of students in our culture today have these absences fostered in them by what passes for education among us, but these students, our 'best and brightest' who succeed in getting their prized diplomas, risk having entire areas of their souls  barred from them by the cherubim of modernity, to their accidental entrance. When the purpose of Education ceases to be truth and wisdom, and becomes facts and power instead ("Knowledge is Power!" don't ya know), does the fact that the educated care more about increasing the power of those in power, than in educating their students, really surprise anyone? Think of the messages we repeat to ourselves today, which I summed up in an earlier post:


"Power corrupts, absolute power corrupts absolutely, knowledge is power, so get an education to get the knowledge needed get a job and make lots of money, and never forget that Having lots of money is bad, and pay attention in school so you can earn more of it." 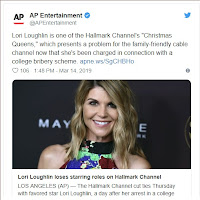 Who here really expects things to turn out differently than they do? Successful graduates are not seeking to live lives worth living, and so they will be driven by little more than the utility of appearances, because that is what our entire culture, let alone the elite schools, teach them is important. And when the inevitable storms come and wreck whatever social and material gains they've amassed, they will be rocked by those losses, as a miser is by the loss of his coin. They will know of no depths to which they can repair to and ride the storms out from. They will have no inner sanctums that will remain untouched by the slings and arrows of outrageous fortune. Instead, these ideal graduates, as with the parents who've taught them, when deprived of the persistent distractions that wealth and privilege afford them, will find themselves faced with nothing more than what they no longer possess. And should they somehow manage to take an honest look at themselves in the mirror, it will be like unveiling their inner Picture of Dorian Grey.

What worthlessness we seek after. What wealth we shun. And what multitudes of company we have in the world today, in Modernity's graduating class.