The Constitution at 230 years old - for Patriots, Protesters, and even Rioters

[Re-posting this date adjusted post from last year, on what is now the 230th anniversary of our Constitution, because it asks those few questions that are really worth asking ourselves today. And especially after two days of rioting in St.Louis, supposedly over 'Justice!', it's worth asking yourself today,


Not which favorite catch phrases come so readily to mind, or repeating what someone else wrote, or said, but what do You think, and why do you think it? You might even find a few points that you've never thought upon for yourself.

Hard to imagine a better activity for the day.]


Today marks the completion of what both Patriot and Protester, knowingly or not, are unified in referencing. What was signed as completed upon this day, two hundred and thirty years ago, September 17th, 1787, by thirty-nine of the fifty-five Framers, was the Constitution of the United States of America, and whether you stand in respect for, or disrespectfully turn away from, the Flag, the National Anthem or the Pledge of Allegiance, you do so in reference to that document which is the oldest existing instrument of its kind, still in operation. 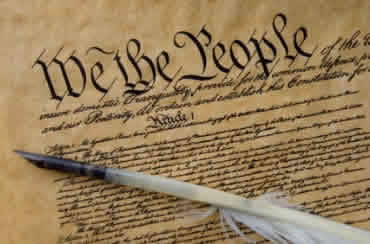 Is it simply a list of rules for governing by? Is it nothing more than a favorite fossil of 'white people'? A document of oppression? Frederick Douglass once thought so, but because he was a thinker in order to understand what was true, he didn't stop with answers that were given him by others, but continued on thinking upon the matter, and discovered the Truth which such vile falsehoods seek to smother and erase.

But today I'm really not much concerned with your answers to those 'points', but am only interested in whether or not you are familiar with the ideas, principles and purposes which animated the writing of it - are you? And if not... what worth can your opinion - pro or con - have for me, or for anyone else?

Whether you mouth its praises, or make showy protests against it, without understanding what it is

Email ThisBlogThis!Share to TwitterShare to FacebookShare to Pinterest
Labels: America, Constitution, The Rule of Law

Justice follows from a judicial process, not a mob's demands.

Quick note regarding the verdict in the latest "Trial of the Day": Unless you can point to credible reasons to suspect that established procedures weren't followed, or that there was improper influence involved, jury tampering, bribery, etc, I'm highly unlikely to be following or to give a rip about the "Trial of the Day" that you are so worked up about.

We have a judicial system with established procedures that are designed to test, admit and present evidence and arguments for, and against, the person or persons charged with a crime, and assuming that system was followed and applied, what results from that, is what, in our judicial system, constitutes a 'fair trial'.

In our system of justice, the person or persons charged, are considered innocent, in regards to the Law, until proven guilty. That means, that the best possible methods of rendering a Just decision by those who were not there, has been followed, and we cannot justly do any better.

If you want to assert that you didn't like the verdict, and you want to demand that your biased preferences should take precedence over a system such as ours, then you are advocating for the passion driven, unreasoning, use of force, to appease the sensibilities of the aggrieved and the angry. There is no possibility of Justice in such a system as that, and that approach is nothing but a leap backwards in time, to lynch mobs and barbarity.

If you view a single snippet of a statement, and based upon that alone, judge that "This is Not Justice!", then what you are demanding, is not justice, but an end to the possibility of Justice, you are advocating savagery, and in that respect: you disgust me. 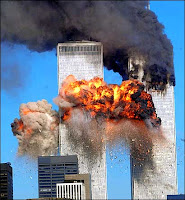 Conservatives like O'Reilly are the reason why I'm uncomfortable calling myself a Conservative. For