Earth Day: Comply, or be put six feet under it!

The underlying meaning of Earth Day, a day that was chosen to coincide with Vladimir Lenin's birthday, shouldn't be all that difficult to realize. The fact that one of its original promoters and first MC, was a fellow who later murdered his girlfriend and composted her body, shouldn't be all that shocking. Neither should it be shocking that its like minded enthusiasts openly populate groups such as 'Earth First', who advocate terrorism in order to halt industry, and who pine for an event that would 'reduce the population of the earth' by several billion lives; "Back to the Pleistocene!" is one of their slogans, and the ideal of gurus of theirs like Paul Shepard. 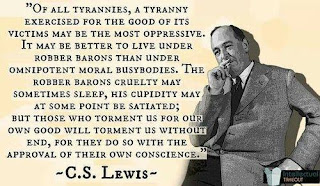 Neither should it be shocking that other like minded movements over the decades, have routinely promoted crisis hysteria fads, that have come and gone, and come back again, from 'Silent Spring of DDT!', to 'acid rain!', to a 'population bomb!', 'vanishing oil!', 'new ice age!', 'the ozone hole!', 'global warming!', 'global cooling!', 'climate change!', 'Go Green!', etc - they all seek to link the loss of an apparent good, behind the cover of 'science!', so as to attain unrestrained political power, over as many people as they possibly can.

It's a tactic that's proven effective, from Robespierre, to Marx, Lenin, Stalin, Hitler, Mao, Pol Pot, Hugo Chavez, and the vast number of our current wannabes scurrying around on 'Earth Day' today. What it is all about, is putting a zealous few, into positions of overwhelming power over the many, so as to live our lives for us, in a manner which they anticipate will be satisfying to them.

When you see the heart tugging images, before succumbing to emotion, remember that what they all seek to do, and find common cause amongst themselves in doing, is sating their movement leader's own moral self satisfaction, through attaining the power to compel other people's thoughts and actions, to agree with, or else submit to, their own desires.

Nothing but evil can, or will, follow from that.

Posted by Van Harvey at 2:05 PM No comments: