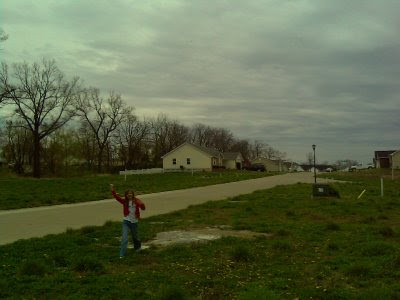 Today is Easter Sunday, and though the day certainly needs no further elaboration from me, still I wonder how much thought we give to how we celebrate the Dei here, as opposed to around the world... and in the rest of our lives.


We enjoyed a pleasant family day here, and although chilly (darn that global warming), we were able to get some good kite flying in as well. 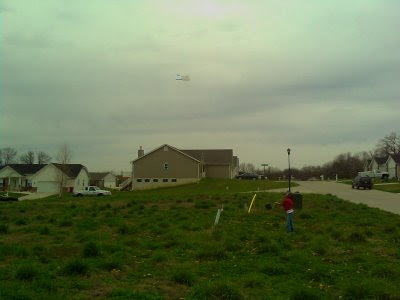 "... is risen!"
Across the world, three pirates met their John Wayne style Hollywood endings at the hands of U.S. Navy Seals, freeing one very brave American sea captain. I don't know about you, but I draw a clear line between my daughter dashing across a field with her kite dancing up into the air, and our killing pirates in particular and standing up to bad guys in general.


Neglect the later, and imperil the former.


For the good to prevail, they must stand up to and stop the bad - the hesitancy or failure of the good to do so, is the only strength the bad has. Hat's off to President Obama for signing the order to take them out. How about following the same policy elsewhere around the world... and here at home as well?

As Easter signifies the path towards the souls ascent, it requires focusing upon the truth on high, and practicing it in your behavior here on the ground, and so the kite climbs upwards due to both the gusting breeze and the kite's line held in a little girls hand running across the ground. A society which has the leisure to observe all they hold holy, and safely gather their family together via planes, trains and automobiles for a feast made possible through supermarkets and businesses in a free market; is a society which relies upon their observation, respect, and defense of law.

Law and Order requires written laws, clearly defined and vigorously enforced, and above all, it requires that those in authority recognize and respect the law, and that they dare not evade or abuse it.


It's not the answer, but it is the path towards One - make yourself heard at a Tea Party - stand up, remind those in power, that We The People put them there, and that we intend to hold them to accounts.

Happy Easter, Van! I hope you and your family has had a blessed day!

And I cooncur about pirates, which are seafaring terrorists. We must treat them as such, and not as criminals.

Well said, Van. Too rainy here for kite-flying yesterday, but it's always a spiritual experience.

I agree, too, that we have to give Obama full credit for allowing the Navy to do its job.

Aye! Several kites sailed in the schoolyard behind us on a fine Easter day. It was fun sitting out in the sun watching dads show their kids how to fish in the heavens.

Robin said "...watching dads show their kids how to fish in the heavens."

Does it get any better?