Leftists - so many questions, so little time

I've got some questions for my leftie & moderate friends about this:


"The U.S. Health and Human Services Department reported this week that 364,682 people had signed up for private coverage through the new health insurance marketplaces as of Nov. 30 and an additional 803,077 had been determined eligible for Medicaid." 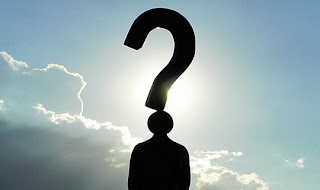 Less than a million of you have signed up for govt care? Where the hell have you been hiding, and why? Seriously, I want an explanation, because even if we grant the fig leaf of these 'in the shopping cart' sales numbers as actual enrollees, these numbers raise a few questions for me. You see, looking at the numbers of those who voted for Obama and his anti-free choice regulatory state, which was somewhere in the area of a popular vote of 69 million in 2008 and 61,173,739 in 2012, not to mention the enthusiastic supporters who didn't bother to vote, there's a huge number of supporters of 'spreading the wealth around', who don't seem to want anything to do with the ObamaCare flagship for 'spreading the wealth around'.

How do you explain this? Because this explanation, from the AP, doesn't cut it:


"The discrepancy may trace back to the political leanings of their elected leaders.

Newly released federal figures show more people are picking private insurance plans or being routed to Medicaid programs in states with Democratic leaders who have fully embraced the federal health care law than in states where Republican elected officials have derisively rejected what they call "Obamacare.""

Leaving aside the subversive insinuation that it may have more to do with 'elected leaders' than those who elected them, I suspect there are other numbers that play a more significant role in the paltry few who have braved the new world of the ObamaCare website, and placed their 'like' on hold in the govt shopping cart.

Like these numbers:
So I guess my big question of the moment, to those sixty million people who actually voted for Obama and his regulatory take over of your ability to make your own choices in your own life, aka:ObamaCare, as well as millions more who supported him in spirit... why aren't you signing up for ObamaCare?

Did you really think that 'spreading the wealth around' wouldn't apply to your wealth?

Did you really think that giving govt the power to eliminate the choices of 'the wealthiest 1% of Americans', could be done without eliminating your ability to choose too?

Did you really think that when you cheered for the Obama administration using the power of its regulatory agencies to go around congress, that they wouldn't also use their power to do what they wanted whenever YOU stood in the way of what they wanted to do?

Did the mindless celebrity Obama cheerleaders think that their copyright royalties stood a chance against the admin's desires for more power worldwide? Insider friendly Trade Agreements? Corporate GMO Foods? Too friendly with FatCats?

Here's a truth you aren't going to get around: You can't get something for 'free' without paying for it... but you sure can catch a lot of suckers by promising it.

Some questions worth asking yourself
Here's another question to ask yourselves: If the wealthiest and most powerful 1% of Americans can't count upon The Law defending their property, rights and choices against govt abusing them... what in the hell chance have you got?!

Ok, one other question. If you give people who do not know you, the power to make or overrule every significant decision you make in your life, what are the odds that they are going to make, or rule out, decisions which make the life that your decisions would have made, non-existent?

Or put this way, of all of your closest friends, those who know you best and care about you most, what are the odds you'd like your life, if they made every decision in your life, for your own good, for you?

And you want to give people who don't know you, who don't care about you, power over you, while they are in a struggle for political power?

One question you really ought to be asking, is why your schools don't teach you about the U.S.Constitution and why the Bill of Rights were written to restrict govt power, or if they mentioned it, why they tried to make it appear a tool of oppression, rather than the means to freedom?

Frederick Douglass had a similar question back in 1860, "The Constitution of the United States: Is It Pro-Slavery or Anti-Slavery?" that is just as applicable today:


"...Thus, for instance, the American Government and the American Constitution are spoken of in a manner which would naturally lead the hearer to believe that one is identical with the other; when the truth is, they are distinct in character as is a ship and a compass. The one may point right and the other steer wrong. A chart is one thing, the course of the vessel is another. The Constitution may be right, the Government is wrong. If the Government has been governed by mean, sordid, and wicked passions, it does not follow that the Constitution is mean, sordid, and wicked. What, then, is the question? I will state it. But first let me state what is not the question. It is not whether slavery existed in the United States at the time of the adoption of the Constitution; it is not whether slaveholders took part in the framing of the Constitution; it is not whether those slaveholders, in their hearts, intended to secure certain advantages in that instrument for slavery; it is not whether the American Government has been wielded during seventy-two years in favour of the propagation and permanence of slavery; it is not whether a pro-slavery interpretation has been put upon the Constitution by the American Courts — all these points may be true or they may be false, they may be accepted or they may be rejected, without in any wise affecting the real question in debate. The real and exact question between myself and the class of persons represented by the speech at the City Hall may be fairly stated thus: — 1st, Does the United States Constitution guarantee to any class or description of people in that country the right to enslave, or hold as property, any other class or description of people in that country?..."

Am I trying to say that we face the same conditions that Douglass faced in his day? The barbaric brutality he lived through forbids our equating the two.

But is slavery defined only by the severity of the conditions a slave faces? Or by the choices and decisions about their own lives, that are forbidden to them? Does it matter if they are enslaved for their own good?

Leftists; you have so many questions to ask, and so little time.
Posted by Van Harvey at 6:36 PM

Email ThisBlogThis!Share to TwitterShare to FacebookShare to Pinterest
Labels: ObamaoCare, The Constitution, The cost of the Question never asked

The trains wait, and the toilet is the agreed upon corner.