When the President tells you about the State of the Union, how clear will you be on whether that constitutes Progress or Regress?

Well I wanted to get my next post posted before the President's State of the Union address, but my time keeps on slipping into the future without me. What I am going to be posting on next, is an issue, a question really, that I think everyone should be asking themselves, especially as you hear the President's speech Tuesday night, not to mention what the talking heads talking might say in talking about it, and that is: 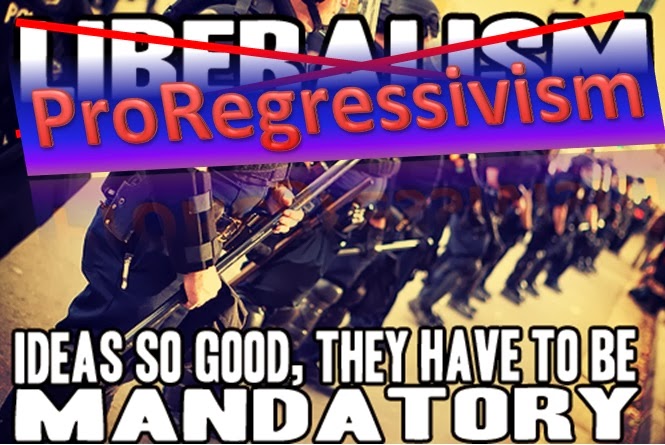 When they talk about progress, do you know what progress would actually consist of?

How far have you pursued the matter? Have you questioned your own answers far enough in, to know for certain that the steps that would have to be followed in what you assume would be progress, don't themselves amount to Regress?

If you aren't clear on that... if you haven't followed what you think are good (or bad) policies, at least five steps in... how do you know that what seems a good idea, won't in fact lead to actions you'd never agree to yourself?

The reason I ask, is that when I do manage to get people to question their own answers just a few steps in, it almost always results in their saying some equivalent of "Oh, well I didn't meant that!" or "Oh, no one would really do that!"

There's a local politician I butt heads with online who's always talking of "restoring democratic governance" - what does he mean by that? He won't really say... but nearly everyone will quickly say for him "Oh... that sort of question is beyond me & I don't have time to gab about that type of stuff." and they move on, and allow him to move on. Considering the fact that the policies they support him in pursuing, require giving power over their own lives, to people who absolutely will take whatever steps it is that those same people don't want to bother thinking over - that should scare the hell out of you.

But the reason why I'm writing this post, about the post I'm writing, is that what I'd hoped to squeeze into three or four pages, is going to be lucky to fit into thirty or forty pages. Which means another multi-part post.

But it is a topic I think needs to be fleshed out - what is Progress, and what is Regress, and how do you know that what you are promoting, doesn't amount to being Pro-Regress instead?

So while you're listening to the speech Tuesday night, or listening to people discuss or remark upon it, take a moment and consider what real progress would actually mean, because the idea of Progress too easily becomes meaningless if you don't also understand what Regress would be. And if you aren't clear on the matter, and if they think that no one will really notice whether what they do amounts to Progress or Regress, those you've given the power to act on it, for you, are going to do pretty much whatever it is they feel like they can get away with - for you, and for your own good, with the power you've given them over you.

So yeah, it's a question worth considering.

So yeah, if you aren't very clear both on what Progress IS, and what Regress is, then you could easily find that what you thought was protecting your liberty, was actually eliminating it. And that is a very relevant question, because it wasn't all that long ago that another people, confident in their native intelligence and intent to do good, who were very confident that not only were they free, but that they too, were making historic progress.

So for those of you who are able to consider the ideas that policies come from, rather than the person who voices them, on the eve of the President of the United States of America giving his State of the Union Speech, consider what those other people thought, think past the news reels and the knee jerk "Monsters!" reaction, and think about how that advanced, well educated society, who were so confident that they were making bold progress, that they "...thought that they were free":


"...What happened here was the gradual habituation of the people, little by little, to being governed by surprise; to receiving decisions deliberated in secret; to believing that the situation was so complicated that the government had to act on information which the people could not understand, or so dangerous that, even if the people could not understand it, it could not be released because of national security. And their sense of identification with Hitler, their trust in him, made it easier to widen this gap and reassured those who would otherwise have worried about it.

"This separation of government from people, this widening of the gap, took place so gradually and so insensibly, each step disguised (perhaps not even intentionally) as a temporary emergency measure or associated with true patriotic allegiance or with real social purposes. And all the crises and reforms (real reforms, too) so occupied the people that they did not see the slow motion underneath, of the whole process of government growing remoter and remoter...."

Boldly moving forward to take action, to make Progress!, without even a solid understanding of what would constitute Regress... can too easily take you in a direction you didn't even realize you were heading in, and wouldn't have gone in, had you realized it sooner.

Now back to making some progress on the next post - I'll keep you posted....
Posted by Van Harvey at 12:51 AM

Email ThisBlogThis!Share to TwitterShare to FacebookShare to Pinterest
Labels: Progress, Progress or Regress, Proregressivism, Regress, State of the Union

I won't know what he tells me, if I wanted to listen to some fool lie to me I'd be a democrat.

Did you hear the exchange where some journalist asked Carney about the fact that 63% or whatever have no confidence that Obama will do the right thing? Carney's response was that Obama plans to circumvent Congress.

So, in effect, the power is what counts and no one can stop us.

Unusually honest of him. How far he walked that back, if at all, is an inverse indicator of just how worried we should be.

When Regress finds that it no longer needs to posture as Progress, events are moving into high gear.