Gwyneth Paltrow & Moral Mondays: The Recognition of Progress begins with its absence - Progress or Regress pt.4a 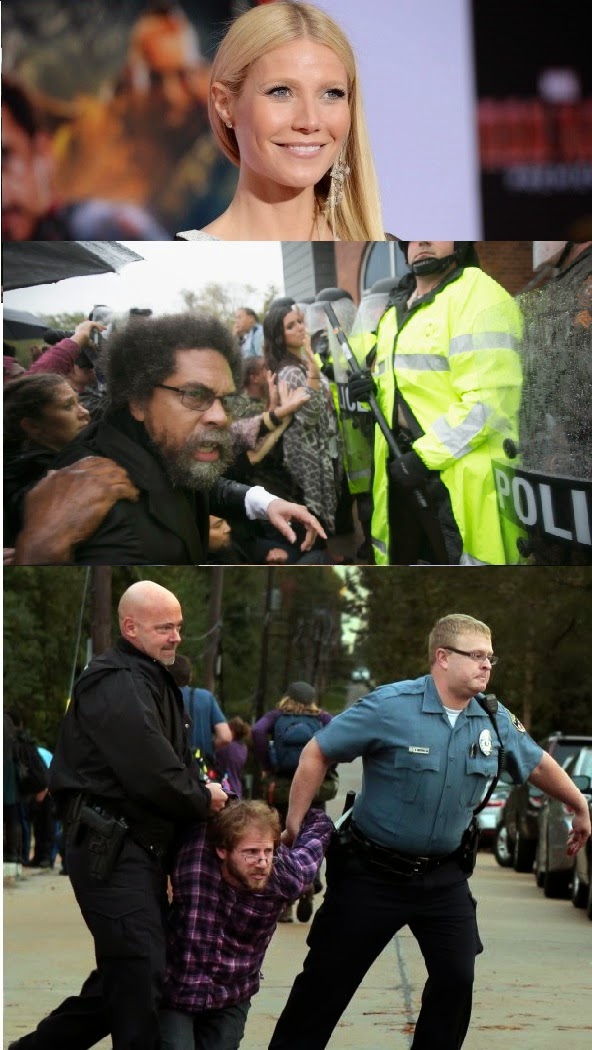 Yet many people blithely, even enthusiastically, promote those political actions they find superficially pleasing, without bothering to consider whether or not those actions are good, or even can be good. And forgive me if my bias is showing, but yes Gwenyth Paltrow, I'm looking at you, for saying this:


“It would be wonderful if we are able to give this man all the power he needs to accomplish the things he needs to,”

, because I do take it as uncontroversial - I pray that it is - that wanting to give an already powerful head of state even more power, and with fewer restraints upon that power to do as they please, is an exceedingly poorly thought out... thought.

Any arguments with that? No? Good.

Now, correct me if I'm wrong, but if you don’t know whether or not the actions you are taking are good, if you haven’t carefully considered what those actions mean, what premises they rely upon, and what they are likely to lead to, and yet you advocate for them because of the fond feelings you have for them (whether Left, Right or Center matters not), can you really be said to be for ‘Progress’? You might be Pro-Furthering your personal agenda of the Left, Right or Center, but that cannot legitimately be called Pro-> Progress. True?

Can any of you tell me how taking any action at all, differs from taking an action you find pleasing but don't understand? Anyone? Personally I find it difficult to see the difference between the two. And unfortunately many of our leaders, intellectuals, business leaders, reporters, legal counsels, members of congress and legislators, are more of Paltrow's mind, than mine.

That's a problem. Especially since everyone is running around urging us to make progress, could anything come of that but Regress? No. Which means that what such people are actually advocating for is Pro-Regressive. That's disturbing. Isn't it?

This is not simply a political matter, it is far greater than that, and I'm continually amazed that the question of Progress vs Pro-Regress is not seen as a bi-partisan, tri-partisan, if not entirely non-partisan affair. But too many otherwise intelligent people that I know are oblivious to the fact that the positions they are advancing, have far more to do with ideas that are entirely regressive, rather than progressive - and it is their ignorance which has enabled the dangerous state of foolishness we have today, where people laugh at 'brainless' starlets, yet nod at 'deep thinkers' who say the very same things, but with more words.

For those who may be riled up by that, can you explain why? Can you base your explanation upon anything other than a reference to what some party, politician or other such person said or did? And can you explain in your own words, why? If you can, please do, I've been waiting a very long time to hear from you. Otherwise, I'll continue.

Looking for a marker to mark Progress from
To help with clarifying where we are, to be able to recognize Progress when we see it, we need to know what its absence looks like. And to do that, it seems to me that we need to define a marker for recognizing where the lowest societal baseline is. We need to be able to see that point which, if not lifted up from, societies (and the individuals who comprise them) will naturally fall back down to, and even below, perhaps without even knowing it. The benefit of this of course, being that once identified, that marker can be seen in relation to your own life, giving you the conscious opportunity to transform yourself from being yet another useful cog in the efficient error repeating machinery of history, into being someone who is able to help with writing and righting history.

With that power in hand, we can begin to calibrate the zero point on our Progress meter, we can begin to see whether or not those movements that a society, any society, has made, or is making, have even a hope of making real progress - or not.

One of the reasons I see this as being so important to do now, is because of statements such as the following, which show just how badly we need to be aware of where we are in relation to just such a baseline, so that we might avoid becoming yet another set of useful cogs in history's machinery.


"...Even if comprehensive tax reform miraculously passes, it wouldn't reduce the corporate tax rate enough to stop the desertions. That’s because other countries have slashed their corporate taxes or eliminated them altogether.

So it’s time for red-blooded Americans to take matters into our own hands. My answer is to make every corporation sign something.

Sign what? If Republicans cared about this issue, which most don’t, they would revive McCarthy-era loyalty oaths, where people were forced to swear that they weren’t communists....."[emphasis mine]

There's another fine example of those who know best, deciding what others will, or won't, be permitted to think, RFK jr. on those who have not been convinced of Al Gore's wisdom:


""I think it's treason. Do I think the Koch Brothers are treasonous, yes I do," Kennedy explained.

, and then there's the 'No Justice, no peace!" crowd, where one of the many wannabe spokesgroups for the rioters, calling themselves 'Ferguson October', is promoting something it calls "Moral Monday",.. and to help with that they invited Cornell West to attend, and while attending, he said "I didn't come to speak, I came to get arrested!". Also on hand, was a key organizer of the 1999 Seattle WTO Riots, Lisa Fithian, and large numbers of other like-minded protesters (aka:rioters) who spent 'Moral Monday', and the days leading up to it, busily marching about, breaking things, burning stolen flags, threatening police, testing the limits of sedition and treason and shutting down Quik Trip stores, upscale malls and WalMarts. Some even engaged in some cheerful rounds of chanting:

Doesn't that sound Moral to you? Can't you just feel the reverence for Justice in that? I heard on NPR the next morning the comments of one exuberant student, who, I kid you not, after attending a seminar on race relations, said:


"I feel very empowered! There's an overall sense that this movement is too big to fail!"

Does that sound to you as if the 'Progress' such activities might lead to, will be a place that any sane person would want to bother progressing to? But that is where it is leading to. Are you going to follow?

Do none of these people detect even the nose of a contradiction peaking out from under the big tent of their good intentions?

No, they do not. One reason why, is because whatever it is that they are using to measure their progress from, has no existence in the real world that either they, or we, could point to or agree upon. One way we can know this, is that they aren't bothering to make any reasoned arguments, they are making demands instead, which means that they do not intend to get what they want by reasoning, but by exerting power. Upon you.

We don't need to examine their premises too deeply at the moment - we will in later posts - but for now, just mull it over yourself. Have things such as these worked in the past?
Have such things ever turned out well? Have they ever failed? More than once? Do you care? If not, then you've already transformed yourself into one of history’s many and oh so useful cogs, helping us to repeat the errors of the past. Ten years from now, is that a memory you'll want to look back upon?

So what I'm proposing here, is taking a trip into the not so distant past, to more clearly see the troubles of our present, and by examining what it looks like when Progress is entirely absent, enabling us to recognize Progress when it is proposed to us, or perhaps even present. Keep in mind that what we inquire into the past for, is not to find the particular origins of one society or another, or to measure the efficiency of their social & political structures and technologies, but to identify and familiarize ourselves with the tendencies that are common to men in society everywhere, past, present and future, so that we really can distinguish between Regress and Progress.