A society, knowing that there is no clear line that covers all, sets a legal age where you are expected to be, and are capable of, having the maturity of judgment to behave as an adult. That age has been set at 13 (where the body begins taking on adult form), 18 (where the body has mostly achieved adult form), and for less apparent reasons, at 21 (with the idea being that the human maturation process occurs in 7yr cycles, with the end of the 3rd cycle marking the maturity of a person's ability to reason, and so the beginning of adulthood). 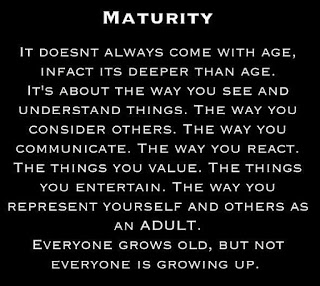 That's not 'discrimination' (though it IS, in its best sense), or creating a 'protected class', but setting general standards for legal purposes. Our society, with it's bizarre gaggle of legal 'adulthood' ages of 18, 21, 26, and more, with many limitations and qualifiers upon each... clearly has no sense of there being a standard beyond anything other than its useful political value (which, today, is the only standard of 'standards' that we will tolerate).

Car rental companies use actuarial statistics to define that the age that is the least likely to wreck their cars is 25. Is there statistical evidence to show that 21yr olds' are less likely to shoot someone than 18yr olds? I don't know. And I not only seriously doubt that Dick's, etc, knows or cares if there is, but on top of that, they've got no financial or liability interest in trying to set their own policy for it. It's an ideological PR stunt that's designed to strike out against the 2nd Amendment, nothing more.

Do they have the Right to say that they won't sell rifles to someone under 21? Sure they do. But they have no more right to do so - that being their individual right to use their own judgment - than a baker has for not wanting to make a wedding cake to celebrate what they see as a mockery of marriage, or than a bigoted organization or business who decides that they only want to cater to non-whites, or only whites, or ____(fill in the despicable blank).

The actual issue involved here, is the pretense of having a standard, in order to justify using your own judgement, while also claiming the political power to deny that right to others whose judgment you disapprove of, and wish to use the power of the state to deny them that right.

If you are for forcing bakers to sell wedding cakes to homosexual weddings, and for allowing businesses to set their own arbitrary age limits for selling their wares, you are only for using force to enforce your judgment upon all, and at the expense of everyone's individual right to use their own judgment in the conduct of their lives. Ironically, that is using your emotional preferences, to override what is reasonable to do, which is what an 'age of maturity' is designed to safeguard society from.

That's not political progress, it is in fact acting in opposition to the greatest leap in political progress in 3,000 years - that of barring the state from arbitrarily imposing upon the individual rights of its citizens.

IOW, you are a Pro-Regressive.
Posted by Van Harvey at 1:47 PM