Mitt Romney blows a sour note on his Trumpet 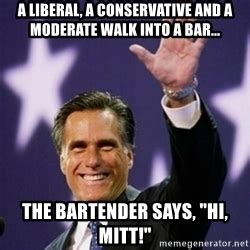 Personally, I'm more surprised about how those NeverTrump'rs who identify as being 'conservatives', and especially those veterans of the Tea Party, who see themselves as being level headed, reasonable, people, somehow find credibility and justification for the actions of a self described 'progressive conservative' who never met a political principle he wouldn't bend or break, a political machinist who often belittled and undermined the Tea Party movement, a voter defined 3+ time loser of the POTUS races, who has now decided to make his entrance into the legislative body as a Junior Senator from Utah (again, conveniently), by penning an attack piece in the hostile pages of the Washington Post, upon the successfully elected President of the United States and leader of his political party.

This is really someone you want to hear from?

His op-ed purports to be making an important statement, yet states only banal baselines and personal beliefs (often at odds with his own history) that amounts to little more than a slew of three year old warmed over obviousness (at best), providing no new or courageous insights, nor anything else that is new to anyone in the English speaking world (and beyond). On top of that, he's doing this in the midst of negotiations over a 'govt shutdown' concerning border policies that have been central to his party's politics (and his own recent senatorial campaign), which can only serve to undercut both the POTUS and the political aims of his entire party.

Who's interests, besides his own, did this op-ed serve? What is there in this that is admirable? Anyone? Bueller?

For those NeverTrump'rs who do somehow wonder at the response to Romney's op-ed, I wonder if they've considered the possibility that people’s displeasure with the very moral Mitt's musings, might have something to do with their own very clear memories of how his idea of showing 'character' in politics, in practice, has repeatedly meant his demonstrating a spineless RINO'ism and affinity for appealing to media favor by making politically correct statements and gestures, often in support of policies that the 'conservative' wing of his party has traditionally been in deep opposition to, rather than by demonstrating the character and effectiveness required for taking actual principled stands? SoOo... maybe they simply have less than zero interest in hearing yet another ration of Mitt's self-serving 'Cap'n Obvious' preachings to them, about anything whatsoever at all?

One former Tea Party NeverTrumpr friend of mine, deploying all of his famously persuasive skills, actually expressed his surprise over the op-ed's reception, in this manner,


"... It’s fascinating to see the trump apologists and cultists not address a single point Romney made, but rather go 110% ad hominem on him. It’s almost like they can’t bear to admit he’s right about their infantile and malicious Idol....."

That particular rhetorical flair, which NeverTrump'rs in general take great delight in applying to those who either support Trump, or who don't knock him enough, demonstrates a skill which I personally blame as being at least partly responsible for Trump winning the GOP nomination to begin with. When I noted some of the above as possible reasons for their dislike of Romney's opinion, my friend replied that Romney’s

And ...? And so? Just in case anyone takes that as a relevant point, I'll point out that the character which one displays towards family and friends is of course very important, and laudable, but a political candidate is not running to be your family or friend, and if the character in question fails to effectively extend his positive character traits into the field which he is busily preaching to everyone else about... he really shouldn't be preaching about others  not having the full package of admirable character traits, when he himself is lacking more than a few (much more relevant) character traits himself.

My position on Romney is not a new one. Although I’ve had a general dislike for Trump since the 1980’s, I’ve been much more pointedly opposed to Romney's lack of political principles and political character since I first caught wind of his 'Massachussettes Miracle' and of course RomneyCare. I opposed him in the 2008 election, and in the primaries of 2012, when there were rumors that Romney was again working the establishment machine to become the GOP's nominee, I said:


"...Pardon my shocked look of surprise, but seriously, during a time when Mitt Romney can be considered a conservative... do you really expect actual conservative candidates and issues to come to the fore?

Sorry, but I don't, and I'm not shocked by how this campaign is shaping up...."

, he famously slung underhanded and 'unmannerly' political shenanigans in that, and every one of his other failed efforts to become President of the United States - what character is he now demonstrating in trying to present himself as some sort of conservative conscience? Too bad we can't call John McCain for a comment.

But for those who do want to have a point-by-point response to Romney's op-ed, I’m more than happy to oblige, I picked these points out on my first skim of his op-ed:


"...and the president’s thoughtless claim that America has long been a “sucker” in world affairs all defined his presidency down..."

This, from a man who's often and nearly always enthused about international treaties that limit and prescribe restrictive 'trade' rules upon America, while giving advantages and benefits to its 'allies', under the name of promoting the 'free market', is one of the reasons why Trump won.


"...To a great degree, a presidency shapes the public character of the nation...."

That has the rancid odor of pro-regressive conceit & the 'nudge' of political correctness about it of the typical Pro-Regressive republican who believes that govt can 'help you' by making better decisions for you - which is also one of the reasons why Trump won. Preferably, of course, an American President should be of solid and admirable character, as well as experienced in demonstrating a solid understanding of, and willingness to defend, the concepts and principles that America was founded upon. Lacking that though (and pretending you don't lack that, because you don't want to admit it, is not an acceptable option), a candidate's unapologetic lack of that stature while demonstrating effectiveness in some relevant practical matters, is a far more preferable option, than a posturing and ineffective candidate who's prone to sucking up to the corrosive political correctness (Hello RomneyCare (which was not just a foolish ‘seems fair’ remedy option, ala Trump, but a vile legislative effort that reflected Romney's concerted thought and effort to devise – IOW there is no excuse for his assault upon basic American concepts and principles of govt), his nearly every public comment, etc) that a RINO fraud such as Romney exudes from his every inauthentic pore.


"...In a 2016 Pew Research Center poll, 84 percent of people in Germany, Britain, France, Canada and Sweden believed the American president would “do the right thing in world affairs.” One year later, that number had fallen to 16 percent...."


"...we must repair failings in our politics at home. That project begins, of course, with the highest office ..."

I'm sorry, but anyone who thinks that our current problems and failings can begin to be repaired from the top-down by starting with the office of the POTUS, rather than by starting from the bottom-up with the American people, is, on that account, a fool.


"......America is strongest when our arms are linked with other nations. We want a unified and strong Europe, not a disintegrating union..."

As long as those nations we are to be linked with are aligned with supporting and enhancing America's best interests, rather than serving as a means of continuing their decades long demonstrated intention of pulling us down and climbing up onto our backs. That Romney, and other establishment types of the Left and Right, think that the E.U. is more aligned with American interests and values, than are those of those supporting Britain's Brexit, is yet another reason why Trump won.

Except, no doubt, when it's useful to him, as he’s demonstrated again and again since his failed interview to be hired into Trump’s administration.


"...But I will speak out against significant statements or actions that are divisive, racist, sexist, anti-immigrant, dishonest or destructive to democratic institutions..."

Or otherwise at odds with the media loving Politically Correct vision of being a 'statesmen-like' 'maverick!' - another reason why Trump won.


"...More importantly, noble instincts live in the hearts of Americans. The people of this great land will..."

The American people demonstrated in the 2012 election, that they would rather rebel over the expectations of those (such as Romney) who posture as being Pro-American, while in practice prefer groveling and kissing up to those ideals that are perniciously anti-American at their heart and core (again, RomneyCare demonstrated not only unprincipled political expediences, but directly reflected his pointed assessments and intentions), than be lectured to by them. Another reason why Trump won.

If we want a president that is better than Trump – and I do - we'd do well to stop making such opportunistic shows of giving regard and political respect, to those who've embodied the very failings that are at the root of the reasons for why Trump won. Maybe we should put more effort into promoting an understanding of those ideals, than with pumping up those who’ve repeatedly shown a lack of regard for and understanding of those ideals, just so they can try to deliver a public slap to Trump.