What gifts has Christmas brought you?

(With a post from 2011, here's wishing you a very Merry Christmas!)
What meaning is there to be found in Christmas, even by those who find no meaning in Christmas at all?

First off, grant that the false alternative of 'Not all Christians are good, therefore Christianity is bad', is in fact a false alternative, one that you should not burden your thoughts further with. Don't look at how Christians often misbehave as badly or worse than non-Christians, or that Christianity has failed to make heaven on earth, look instead at what is here in our lives as a result of the birth which Christmas commemorates.

Christianity has given us the ability to see that each person, peasant or prince, is as beloved of God as another, and that their choice is such a holy a thing that even God himself does not attempt to prevent it - not even with the choice of whether or not to accept God into their lives - Christianity declared that every man has the ability to accept God into their life - or to reject him - and that such godlike power is given to every man, the power to gainsay the will of All Mighty God - now there's a gift worth giving. 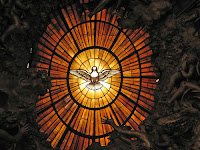 And every man, Christian or Gentile, has profited from it.

It has brought us the concept that the mistakes you make are of little value against what you eventually get right and true. Even if everyone of your choices were to reject God and what God wanted for you... your change of heart is enough to restore you to him... as if you who had persisted your whole life in adding two plus two and behaving as if the answer were three, or one, or any number of other numbers - the fact that you might finally see, and admit, that two plus two equals four, wipes your slate clean (note: it doesn't claim that the consequences of your errors will be wiped away, only that you would be accepted as finally whole and true).

Western Civilization is inextricably a Greco/Roman Judeo/Christian One 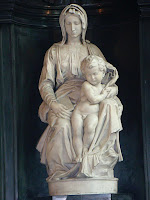 Through Christianity and the philosophy of the Greeks and Romans; the Good, the Beautiful and the True, are not just ideals, but principles of eternal Truths attainable by every person, birthrights, no matter their station in life. With this understanding comes the realization that every man, woman and child has the God given right to pursue them, and that the worldly power of government should be devoted to defending their choices in that pursuit. That is an ideal that would not exist, America would never, could never have been, without Christianity having come into the world first.

Has this realization made men better? Perhaps not entirely so. But it has made it possible for men to see that they can, and should, be better, and because of that the world is immensely better off than it was before the advent of Christianity. 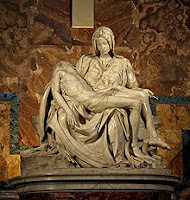 Prior to the Judeo-Christian views, the world was ruled by power without rival. Even on those rare occasions where truth and wisdom was sought, and an effort to see the scales of justice balanced was made - Greece and Rome - nowhere did the desire to do good have value in and of itself, so much so that people would expend great amounts of time, effort, blood and treasure in an attempt to improve the lot of others, to bring them not just goods but Goodness, nowhere else did this occur upon the globe (and I do not mean do-gooders, a mirror image, and often a rejection of doing good).

Charities are something you will look in vain to see in pre or non-Christian cultures, and those few exceptions which you might find some semblance of them, simply prove the rule.

Even Art - not as decoration or garish depiction, but as an idealization of truth and goodness and a means of mending and lifting the soul - that is not found outside the Greco/Roman-Judeo/Christian, world view (and no, do not attempt to compare an oriental gong or pipe to Gregorian Chants or Bach, do not attempt to equate a golden Buddha with the Sistine Chapel - do not).

More than all of that, Christianity has brought with it the idea of 'you must be born again', or 'born from above' to a central position in every life; even to secular views this brought the conviction that your ideals and actions must come from and align with higher principles, rather than settling for greater quantities of measures and pleasures; that Quality is infinitely greater than Quantity. With the idea that God became Man, came the possibility of the idea that man could participate in the divine, and that even though you will never become perfect yourself (itself a monumental realization), you can strive to become more perfect through aligning your ideals with those of God - the meaning of progress itself is meaningless without that.

And that is Good.

And through this, there comes the possibility that men can, and should, strive for peace on earth and good will towards all. And whether or not you believe that Jesus was ever even born, let alone the Christ, the idea that he was, has opened the possibility of more meaningful lives for all in this world, than was ever possible before Christ.


Merry Christmas to all!
Posted by Van Harvey at 7:11 AM