Not just 'educational reform', but a new and separate beginning: UATX

I can't tell you how long I've been waiting for an action such as this. Homeschooling is always good to see. Micro-Schools and Learning Pods have been encouraging. Parents fighting back against school boards and starting their own private schools, has been a boost for the soul. But here, a group of exceptional people, from Niall Ferguson, to Peter Boghossian, to Leon Kass - this is a group to be reckoned with - and they are not just 'fighting back!' against an educational system that's devolved into a hatred of wisdom, they're doing what must be done: They've stopped waiting for reform, and are starting anew with a university that doesn't conform to the current design, established outside the existing system, and based upon what it should be: The pursuit of understanding and truth for its own sake. 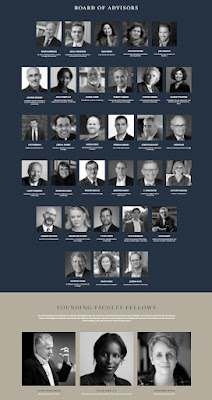 "We are done waiting for the legacy universities to right themselves. And so we are building anew."
— PANO KANELOS, FOUNDING PRESIDENT OF THE UNIVERSITY OF AUSTIN

As I write this, I am sitting in my new office (boxes still waiting to be unpacked) in balmy Austin, Texas, where I moved three months ago from my previous post as president of St. John’s College in Annapolis.

I am not alone.

Our project began with a small gathering of those concerned about the state of higher education—Niall Ferguson, Bari Weiss, Heather Heying, Joe Lonsdale, Arthur Brooks, and I—and we have since been joined by many others, including the brave professors mentioned above, Kathleen Stock, Dorian Abbot and Peter Boghossian.

We are also joined by journalists, artists, philanthropists, researchers, and public intellectuals, including Lex Fridman, Andrew Sullivan, Rob Henderson, Caitlin Flanagan, David Mamet, Ayaan Hirsi Ali, Sohrab Ahmari, Stacy Hock, Jonathan Rauch, and Nadine Strossen. We are a dedicated crew that grows by the day. Our backgrounds and experiences are diverse; our political views differ. What unites us is a common dismay at the state of modern academia and a recognition that we can no longer wait for the cavalry. And so we must be the cavalry. It will surely seem retro—perhaps even countercultural—in an era of massive open online courses and distance learning to build an actual school in an actual building with as few screens as possible. But sometimes there is wisdom in things that have endured.

The university as we know it today is an institution that originated in 11th-century Europe. The fact that there have been universities for nearly a thousand years—despite all the extraordinary changes in the nature of knowledge and communications technology in that time—tells us something important.

We believe human beings think and learn better when they gather in dedicated locations, where they are, to some extent, insulated from the quotidian struggle to make ends meet, and where there is no fundamental distinction between those who teach and those who learn, beyond the extent of their knowledge and wisdom.

We believe that the purpose of education is not simply employment, but human flourishing, which includes meaningful employment. We are therefore also reconceiving the relationship between a liberal education and the demands of our dynamic and fluid professional world. Our rigorous curriculum will be the first designed in partnership not only with great teachers but also society’s great doers—founders of daring ventures, dissidents who have stood up to authoritarianism, pioneers in tech, and the leading lights in engineering and the natural sciences. Our students will be exposed to the deepest wisdom of civilization and learn to encounter works not as dead traditions but as fierce contests of timeless significance that help human beings distinguish between what is true and false, good and bad, beautiful and ugly. Students will come to see such open inquiry as a lifetime activity that demands of them a brave, sometimes discomfiting, search for enduring truths...."

What do you stand for?
In a word: truth.

In a few more words: the fearless pursuit of truth.

UATX is committed to freedom of inquiry as the precondition for the pursuit of truth. Others have abandoned this core mission of the university. It is the very foundation of our school and the reason we believe the most curious, innovative scholars and students will want to join us.
Do you have a physical location?
Yes. Our headquarters are located in central Austin: 2112 Rio Grande Street, Austin, TX 78705

We are in the process of securing land in the Austin area for a campus.
Land? Are you serious?
Indeed. We are old school. We believe human beings think and learn better when they gather in dedicated locations, where they are, to some extent, insulated from the quotidian struggle to make ends meet, and where there is no fundamental distinction between those who teach and those who learn, beyond the extent of their knowledge and wisdom.
Does the university have any political or religious affiliations?
No. The University will be fiercely independent in all matters.
Is UATX public or private? Non-profit or for-profit?
UATX is a private, non-profit institution. We are fiscally sponsored by Cicero Research, which is an exempt 501(c)(3) non-profit organization.
Why Austin?
If it's good enough for Elon Musk and Joe Rogan, it's good enough for us.

But seriously: Texas is experiencing a historic boom in talent and capital. Austin, in particular, is a hub for builders, mavericks and creators—the kind of people our university aims to attract and from whom we want to receive guidance.

No doubt there are points in their plans that I'd take issue with, but if they hold to their aim that will correct itself and the fact that they are doing what they are doing, is the brightest light that I've seen in... oh such a very, very, long time. 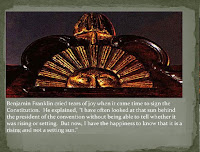 It's a grand effort, but Austin is a hive of mind-numb liberal sycophants. The outlying counties are still bastions of liberty, and that's where they should seek land for a university. Those in Austin seeking a good education will come, and those - like me - that avoid Austin for all the right reasons will not be hesitant to attend.

Jess, yeah, it seems a little odd to try and escape PC/Wokeness, by setting up a new sort of university in the most PC/Woke city in the state. But... I suppose if the goal is to pursue what you see as being true, you're gonna catch flack no matter where you're located, soOooo... might as well go where the most action (Tesla, etc.,) is.