Remember Memorial Day - and those who threaten it 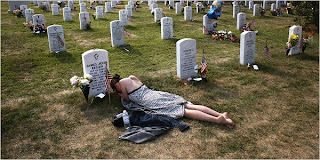 Here at the start of Memorial Day weekend, I want to join up with what conservative bloggers around the blogosphere are making an effort to draw attention to - not because it has a connection to Memorial Day, but because of how entirely opposed to, and antithetical to, everything those who are being honored this weekend, died for.

When you pause this weekend, and bow your head in memory of those whose lives were spent in purchasing the liberty you enjoy today, remember that there are people alive today, here, now, who are doing their very best to tear down and destroy, what those who died in service to our nation, sought to preserve.

One of these people Brett Kimberlin, is a former domestic terrorist, as was and is, Bill Ayers, the sort of characters that our President likes to pall around with. Back in the day, Kimberlin and was known as 'The Speedway Bomber', when during the 1970's, he terrorized an Indiana town with a string of bombings, which were all the worse, because they weren't done for a specific cause, but only to cause mayhem, Helter Skelter like:


"...In the worst incident, Kimberlin placed one of his bombs in a gym bag, and left it in a parking lot outside Speedway High School. CarlDeLong was leaving the high school football game with his wife when he attempted to pick up the bag and it exploded. The blast tore off his lower right leg and two fingers, and embedded bomb fragments in his wife’s leg. He was hospitalized for six weeks, during which he was forced to undergo nine operations to complete the amputation of his leg, reattach two fingers, repair damage to his inner ear, and remove bomb fragments from his stomach, chest, and arm. In February 1983, he committed suicide...."

And yet, after release, while posturing for 'liberal causes, one of his organizations, 'Justice through Music', it states,


"“We support the aspirations of youth worldwide to be free to express themselves, and we take a stand against oppressive regimes that suppress freedom and deprive citizens of basic human rights,” Kimberlin’s website continues."

, he spends the bulk of his time terrorizing conservative bloggers, such as Aaron Worthing and even a Los Angeles D.A. - you've got to follow last two links - I can't do them justice here. Read them.

These people posture as "liberals", but they are nothing of the sort. Proregressive Leftists like the look & feel, and the market share, of the word 'Liberal'... but few of them have bothered to look into what the word means, and those ones, if they stay leftists, simply turn the page and 'move on'. 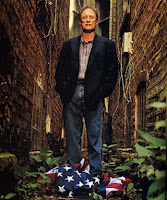 Those who aren't willing to turn a self-blinding eye, will recognize that people such as Kimberlin and Bill Ayers and his wife and fellow 'former' domestic terrorist, Bernadine Dohrn, they have things in common which bar them from association with words having to do with true Liberty. They believed and continue to believe in the same leftist ideals, they are drawn to the same patterns, mindsets, dispositions, the sorts of things which made Dohrn say, in reference to the original 'Helter Skelter' of the Manson Family murders:


"... at the Weatherman "War Council" meeting in 1969, Ayers' fellow terrorist and now-wife, Bernadine Dohrn, famously gushed over the barbaric Manson Family murders of the pregnant actress Sharon Tate, coffee heiress Abigail Folger, and three others: "Dig it! First they killed those pigs, then they ate dinner in the same room with them. They even shoved a fork into the victim's stomach! Wild!"

And as Jonah recalled yesterday, "In appreciation, her Weather Underground cell made a threefingered 'fork' gesture its official salute." They weren't talking about scratching up the wall-paper."

The type of mind that can gush about a murderer sticking a fork in a victims stomach, and take that imagery as a symbol of their "movement's" ideals... that is not a mindset that is conducive to a respect for human life, much less that of Liberty.

Your life and your liberty are prices that they are willing to pay for what they want
When a proregressive leftist dares to call themselves a "Liberal" (one who loves and strives for Liberty – our Founders were Liberals in that classical sense), just keep in mind that these are the people they associate with, rally around and defend. Bret Kimberlin, Bill Ayres, Bernadine Dohrn – they are cut from the same cloth as are the hoods of the KKK or Swastikas of the National Socialists - not only that 'Might makes Right', but that it is right to do so, with any amount of force and violence, murder and mayhem, as may be 'required', and to do so without regret.

Your life and your liberty are nuisances to them. The Rights which protect you are obstacles to their Utopian plans. Your life, Your Liberty, Your Happiness, are the petty cash they are willing to expend as payment for the utopia they want to force everyone to live in.

They murdered before just to make a "Wild" point, just to stir things up, they never renounced their previous actions, they've never expressed regret... and you think that today... they are ok? You are comfortable with the idea of their being close to your president? Of having close input into the HealthControl bill that is currently threatening this nation?

If you don’t fear Kimberlin and the rest of these people, and their current ‘legitimacy’, and as in the case of Ayers & Dohrn especially, their highly influential positions in the education of your children, if that doesn’t fill you with a profound feeling of dread, you are a fool. 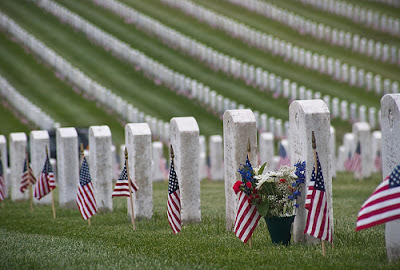 Men & Women have died for this nation, died to support the Constitution which preserves the liberties you are still able to enjoy, even today. Remember - there is a reason for this weekend, and for some it is more heartfelt and meaningful, than for others. Enjoy the day, enjoy your family and the liberty to do so, but remember - prices were paid, and some paid their all.

There are people around you today who'd just as soon spit on those we dedicate this weekend to remembering.

Remember that.
Posted by Van Harvey at 3:58 PM

If one wanted to, one could play ricks with tags to keep informing about this man who needs to be behind bars with his employers....