More surprising NEWS of the day.

Ok, enough people have asked me, so here's my take on the latest NEWS from out of the White House, Washington D.C., Obamacare, Common Core and Foreign Affairs: 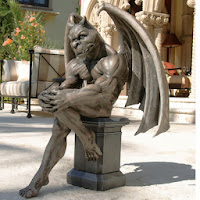 In other news, the diseducational system which made all of this possible in the first place, is frantically trying to adopt standards (which contain no standards) for that which it fears to define (namely Education, which is not to be mistaken for 'college & career ready skills'), promising that it will improve what it has consistently failed to do, by the very means with which it has already succeeded in creating such a colossal failure from an equally unprecedented success, in order to escape blame for what it is faced with having created today.

In other news, the world wide wolves are eyeing our positions and lands with great interest.

You want to fix this?

If you find any of this surprising, and want to know how to 'fix' it, start with fixing yourself. Here's a good starting point. If you can't do that, or can't even be bothered to attempt doing that, you have no business trying to fix anyone or anything else. 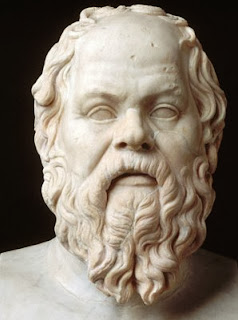 
"...The same praise may be given about temperance and wisdom, and all other goods which may be imparted to others, as well as acquired by a man for himself; he who imparts them shall be honoured as the man of men, and he who is willing, yet is not able, may be allowed the second place; but he who is jealous and will not, if he can help, allow others to partake in a friendly way of any good, is deserving of blame: the good, however, which he has, is not to be undervalued by us because it is possessed by him, but must be acquired by us also to the utmost of our power. Let every man, then, freely strive for the prize of virtue, and let there be no envy. For the unenvious nature increases the greatness of states-he himself contends in the race, blasting the fair fame of no man; but the envious, who thinks that he ought to get the better by defaming others, is less energetic himself in the pursuit of true virtue, and reduces his rivals to despair by his unjust slanders of them. And so he makes the whole city to enter the arena untrained in the practice of virtue, and diminishes her glory as far as in him lies. Now every man should be valiant, but he should also be gentle. From the cruel, or hardly curable, or altogether incurable acts of injustice done to him by others, a man can only escape by fighting and defending himself and conquering, and by never ceasing to punish them; and no man who is not of a noble spirit is able to accomplish this...."

You want to hear something 'new'? Stop looking for it in the 'news', that is, and always will be, the same old same-old. If you want something truly new, you'll only find it in the old truths applied to the new day.

Anything less than that, is going to be less than surprising.
Posted by Van Harvey at 1:16 PM