Never, Never, ever, say NeverTrump - Identify the greater evil, oppose that, and continue pursuing the Truth

At the risk of having a 'Dewey Defeats Truman!" moment, I'll remind folks before I head to bed, of what I repeated yesterday, which I've been saying from the beginning of this race, that 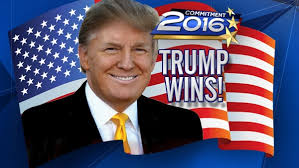 "...my relevant 'principles' are derived from an understanding of the meaning of America, the candidate that I actively endorse and support needs to be someone who demonstrates an understanding of, and respect for, our Constitution and the Individual Rights it was designed to uphold and protect, through the Rule of Law and limited to that purpose. Those principles led me to choose Sen. Cruz over Trump in the primaries..."

But Cruz eventually Failed Sales 101, as he, with Rubio, attacked the opposition, Trump, and instead of persuading people to the merits of his position, the Never Trump'rs pushed the silent majority of non-political people away. Personally, I blame the obnoxious branch of the 'NeverTrumpe'rs' for Trump even being the GOP nominee.

You gave it to him! You belittled anyone and everyone who showed any favor to anything Trump said, berating them as:

, and in a year when people were DONE with the GOP con-line of:

My suspicion is that: FOX, you're over with. GOP you're over with. 'Conservative Right' You've been done with, but are only now just realizing that only one in five of you - at best - share the same principles and beliefs.


"#Election2016 Get over your feelings, identify the greater evil & oppose it with the most effective means available.Continue promoting Truth."

I have not, and do not, buy into the out of the blue charges of 'Racist! Misogynist! Crook!' that the media spin cycle has been spinning up since he hit the campaign trail.

I personally did not, and do not, support Trump. I simply took the time to identify the greatest evil facing us - the Left - and opposed it with the most effective electoral means available, which clearly was the GOP nominee: Donald J. Trump.

This changes NOTHING about what my principles are, and what we need to continue doing, for as I've been saying since before the Tea Party:


We must educate ourselves about what Individual Rights are, what the Rule of Law requires, and the necessity of demanding that our Govt be restrained to the Constitution, and that it be limited to upholding and defending our Individual Rights under it.

What still remains to be done, is what remained to be done even back when the GOP was looking for a 'new message' - Screw you're damn new messages!

Go with the basics that are still the basics, several years on:

If you want to communicate a message, first make sure that you understand it. If you want us to support candidates, try promoting, and supporting, candidates who actually understand our message, and who are willing and able to articulate it and defend it.

Short of that… please, if you have to make your ‘message’ more appealing to this or that group, or more timely, then you don’t have a message that’s worth their time to listen to. Any message that doesn’t measure up to that, is folly, fad and, in the last analysis, failure, and that is the only message you will succeed in communicating… which is the message that I intend to press in these pages in the year 2013.

So, please, before you reach out, first reach in. Reach in to find your principles and work on understand them first, you have to understand what it is that you believe and why, before you can communicate a worthwhile message about it – note: that doesn’t mean that I think you don’t know what positions you favor, believe me, we all know you do; what it means is that if you want to sell others on their value, then you need to understand the ideas behind those positions you support, you have to reach in to understand what they mean. I’m sorry it takes time, that’s the way it is. Deal with it. It’s a new year. Welcome.

The fact is, that if you can’t show how those positions you support today, flow from the same ideas that led to those truly radical ideas our Founders expressed (note: Not the quotes Adams & Jefferson might have made, but why they made them), in the likes of the Declaration of Independence and the Constitution and the Bill of Rights (as proposed), then… you might begin to grasp why it is that conservatism, as a political movement, has failed in the last few presidential elections. No one believes your message – including most of those you elect to legislate it. Reach in to understand why you are who you are, and believe what you do, demonstrate it in your actions, communicate it in that way to your fellows, consistently, and you may again foster a movement worth reaching for.

That’s the long ball game we are engaged in now, not necessarily to win this or that election (though that too), but to win the hearts and minds of the future...."

Oh, and by the way, for you Trump enthusiasts, congratulations. But. Don't make the same mistake. This is just getting started, and you are going to be ground into the dust - if you fight it, on their terms.

Find the principles that the rest of the Right has abandoned. Or it will go no better, and much worse, for you - and for We The People.

OH! They called it for Trump right before I clicked post - Hillary's DONE! Continue promoting what is Right and True!