Does your map distinguish between Progress and Regress? - The diminishing returns of Economic Thinking

If you mistake Regress for Progress, how long can you hope to escape the consequences of having done so? I was told yesterday, and I hear it often, that things can't be as bad as I say, because they could be so much worse than they are... which sounds very much like the fellow falling from the top of the 50 story building, who's heard calling out as he falls past each floor "So far, so good!" - is that really what you want to measure your progress by? The progress and effects of the 32' per second, per second, intellectual freefall that America has been indulging in for well over a century, is easily seen in our lives right now, today, and one of the earliest examples of it can be seen in a SCOTUS decision from the 1930's, Wickard v. Filburn. This decision, from a SCOTUS still reacting to President FDR's threat to pack the court to get the results he demanded (Switch in time saves nine), the Cornell & Chicago-Kent College of Law, summarizes as:

Filburn was a small farmer in Ohio who harvested nearly 12 acres of wheat above his allotment under the Agricultural Adjustment Act of 1938. Filburn was penalized under the Act. He argued that the extra wheat that he had produced in violation of the law had been used for his own use and thus had no effect on interstate commerce, since it never had been on the market. In his view, this meant that he had not violated the law because the additional wheat was not subject to regulation under the Commerce Clause.

Here, in just this one case, is an example of every point I made in previous posts, which, so long as we persist in this 'modern' mode of thinking, will remain as the presiding legal reality in our world today. From precedents such as this, where the SCOTUS ruled against the farmer - his farm, his property, his judgment in securing his family's needs - all was forced to yield to govt economic policy. SCOTUS ruled that it is 'right' (LOL) that your individual rights must give way before what Govt experts, 'those who know best' (know what, exactly? Shhh don't ask such questions), think will work for the greater good. All of that, is reflected in what has been bubbling up into our society today. 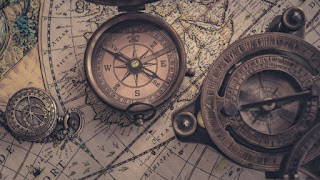 Let's map these points together, shall we? Those who think that they can stand upon 'principles!' derived only from the shallows of economic theory... I can only shake my head and wish that I could laugh, because those 'principles!' that are not supported by deep metaphysical roots for their substance and meaning, are just fancy excuses for your personal whims. There is no way to claim some notion of 'economic rights', when your political philosophy has discarded the concept of unalienable rights as such; when there is no recourse in 'educated' society to consider anything but relativistic ethics; when it is frowned upon to believe that anything can be known for certain, let alone be proven, and when adults seriously consider whether it is possible for a man - or a six year old - to identify as a woman, then if you believe that you can take a stand upon 'economic principles' which mean one thing, while being unconcerned that those concepts you've used to take that stand, can easily mean any one thing, and at the same time and in the same way something entirely different, then you are are being endangered by your own thoughts.

I have a friend who identifies as a 'Whig' (mentioned in this post, and objects to even being referred to as a small 'l' libertarian), who is opposed to sales taxes because they are 'unfair to the poorer classes' and is very much for using a graduated income tax, in order to be kinder to the lower classes (he's very fond of the term 'classes'), and to exact a 'fairer share' from the 'plutocrats' (he's also very fond of the term 'plutocrats'), and no amount of argument will budge him from that. And how could it, when any identification of the truth of the matter, requires a respectful treatment of philosophical first principles? Statements such as this one from Henry Hazlitt's "Man vs. The Welfare State" (pg. 219), are simply a non-starter for him, because he simply doesn't like it:

"...The graduated personal income tax should be abandoned in favor of a strictly proportional income tax. The argument against the "progressive" tax rate was conclusively stated as long ago as 1833 by the Scottish economist J. R. McCulloch: "The moment you abandon the cardinal principle of exacting from all individuals the same proportion of their income or of their property, you are at sea without rudder or compass, and there is no amount of injustice and folly you may not commit."

The reason why that argument gets nowhere with him and so many others today, is their refusal to enter into any meaningful discussion of ethics, epistemology and metaphysics, which makes their 'arguments' entirely 'bullet proof' to them, and I'd argue that it has a great deal to do with why the economically minded of today, will go to the greatest lengths to avoid and evade any such discussion of philosophy being prior to economics.

This is a one way process of descent, a plunge in the grip of intellectual gravity with the philosophical equivalent of 32' per second, per second. Now that 'those who know best' have ceased to defend what IS, is, it no longer takes even the appearances of being an intellectual such as Keynes, to finesse a con over reality - the guard rails are down, any call for "Let's raise the minimum wage!", erodes whatever remaining economic, political, ethical, epistemology and metaphysical principles, might still remain to slow such 'progress' down. Of course the reality of those principles remain as solid as when they first began to be discovered 3,000 years ago, but our ability to grasp them, count on them, and benefit from being defended by them, is eroded ever further by every such evasive argument that's popularly accepted because some expert says 'it works!'. At some point, they, and all pretense of them, will be gone, and that'll leave us with no intermediary between those with the power to consume you, and you - just as it was 3,000 years ago, before we first began to restrain the powerful from devouring the powerless.

That my friends, is Pro-Regress. And unless you challenge and reject the philosophies behind what your opponent's 'economic proposals' depend upon, you are battling their tank with a fly swatter, and they will roll right over you - as indeed they have been for the last 100+ years.

It takes willful blindness to not see this process occurring all around us today, as the philosophy that America was derived from, has been traded in for one economic theory or another - whether Marx, Keynes, Rothbard is of no matter - your objections to this policy or that will be met with the admonition that you need to 'be more pragmatic' about this, and of course pragmatically speaking (Dewey again), what is 'true', is nothing more than what 'works' for the moment, and the power of a majority (many who feel something is 'so' - remember Kant?) determines what will be perceived as 'reality', and the Reality is, that because we've settled for being a good little 'economic man', we have no basis to question that, at all. We've left ourselves no means for questioning authorities, or for asking them to prove it, or for questioning morality, or the means of demanding 'proof' for the transactions which you are told only to think of the theoretical efficiency of.

Our replacement of a timeless reality based philosophy, for an economic and transactional view of the moment of man and morality, results in a reality where measures are judged by their popularity, rather than whether they are true, right and just, and that is how America has become satisfied with yawning at the momentous implications of the question of

"So, Capitalism or Socialism?"

Never mind that it is by such means that 100+ million people have so far been murdered at the behest of their own government's political philosophies putting power in the hands of bureaucracies since the beginning of the 20th century, or that they have been able to do so by hiding behind the façade of 'Economics', and treating people's lives as the means of making things 'work'.
But hey, everyone's entitled to their own opinion, and the opinion that's most popular gets to determine who will live your life for you, right? Aside from how economical that decision might be - does it mean making progress, or regress, for your life? How do you know? And if you ever fall out of step with popular opinion, who will listen to you make your case?
Posted by Van Harvey at 10:34 PM