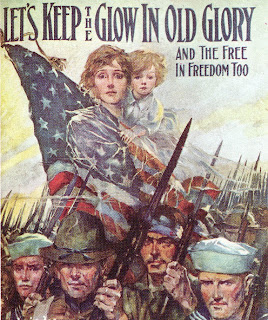 You wouldn't know it by Google's background, I suppose it doesn't rate as highly as the anniversary of Pac-Man... but today is Flag Day.

I'd post a picture of our flag on it's own... but what with the kindered proregressive assouls of the first abomination President, Woodrow Wilson, who declared Flag Day (even a stopped clock is right twice a day) being in power in so many areas... it seemd like it ought to be displayed with some of it's defenders, and some of the reasons why it needs to be defended.

And of course the best thing you can do to defend it, is to to study up on the U.S. Constitution - test coming soon.

*BTW - I just switched my home page to Bing
Posted by Van Harvey at 8:22 AM