Ten years ago today, a group of Muslim extremists, many of whom were college educated, affluent, and who were, and are, far from being alone in their beliefs that the existence of America is a threat to their world, decided to wreak the kind of destruction which only the smallest of minds can conceive of, upon the fabric of America. They hijacked four civilian passenger jets, filled with business people, 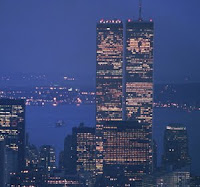 vacationers, men, women and children, and as a result of detailed planning, in concert with others of similar qualifications and beliefs from around the world, they turned those four jetliners into tools of destruction, destroying the Twin Towers of the World Trade Center, and the Pentagon.

The fourth jetliner was prevented from killing others outside of its own skin by the heroic efforts of those passengers within it. They realized what those monstrous heaps of animated human flesh intended to waste their craft and lives for, and they chose instead to meet death on their own terms, rather than that of their hijackers.

Those heroes on Flight #93 chose for life over death, good over evil.

Those Muslim extremists succeeded in destroying the lives of nearly 3,000 people that day, and many more since, by using our own lives and achievements against us, and they were enabled to only because we refused to identify the nature of their chosen evil, time, and time again, before September 11, 2001.

The nature of Islamic terrorism is not a matter of ignorance, poverty or wealth; the root cause is a zeal for a particular interpretation of the Muslim religion, a view which sadly is not a lonely one, which compels them to turn their minds towards destroying and killing us because their own beliefs are too feeble to admit the existence of ideas and beliefs which disagree with theirs.

Ayman Zawahiri is a medical doctor. Bin Laden was an engineer. Atta studied architecture. The shoe bomber, Major Nidal, the bus station back shooter, these men are not united by poverty or ignorance, they are driven only by their religious beliefs, and by the belief that they should end the lives of those who disagree with them.

I need understand nothing more than that; the fact that they are acting upon the ideas which they fervently believe in. Ideas which are utterly opposed to the possibility of men and women using their own best judgment in order to live their lives as they see fit. In these particular Muslim's eyes, they would rather see a man shot in the back, or his own daughter killed, or a man's head sawed and torn from his shoulders, or thousands of people incinerated, than to think of them making choices which they disapprove of.

In this world, here and now, such a desire and the willingness to carry it out, is pure Evil.

Today we remember those whose lives were taken from them ten years ago today, by the choices of men made small and despicable and evil by their chosen ideas, which forbid their fellow men the ability to use their own minds and make their own choices.

What we must remember today, is that when faced with either an active 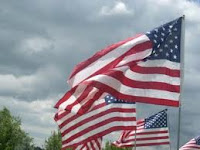 choice, or with identifying a remembrance, we must be willing to choose what is Good, and to denounce what is Evil.

Being unwilling to recognize the truth, or to name evil for what it is, is to befriend and encourage that evil.

Today, that is worth remembering.

Update: With a Hat Tip to Joan of Argh's excellent "The Gods Of The Copybook Headlines", I too do affirm and swear that Wretchard speaks for me:

The story of September 11 must for all time become the story of how a certain date became unspeakable to al-Qaeda and its followers; a tale of how this day of all others, became the blackest day in the history of Islam. It should forever be a date that can never be mentioned without arousing a deep sense of shame throughout the Middle East so that in generations hence, people should still come up to strangers unbidden and say, “I’m sorry for September 11. “ Until then it is unfinished business.

Email ThisBlogThis!Share to TwitterShare to FacebookShare to Pinterest
Labels: 9/11, Evil

It was ten years and a few minutes ago, that my wife, who was a flight attendant with TWA, called me as I was driving into work on I-70, just passing through Earth City, to tell me a plane had just crashed into the World Trade Center.

I was thinking a Cesna, but she said it sounded like it was larger, the impact too large. I knew a plane had once hit the Empire State Bldg on a stormy night, but she said the weather looked clear, how could that be possible? As we were talking, another jet hit the other tower.

That made it clear what was going on, we decided that she'd pick the boys up from school and bring them home.

I continued on into work, and news came that another plane had hit the Pentagon.

A blue streak of horror and animal fury blasted back at my radio as the news came that one of the towers was collapsing. As I walked into work, 7th floor of A.G. Edwards, people were crowded around the T.V. in the lobby and the second tower came down.

I went to to my desk, one of the guys there was trying to get a hold of his son who worked in one of the World Trade Center towers. I to our project coordinator and told him I wouldn't be working that day, and headed for home.

I told the boys the obvious as we watched the news, that the world had just changed, we were at war, and nothing would be the same.

To those who want to think of this day as a time for healing or a day of service, Fuck You. We are not going back to the reflexive evasion of reality which is what made this day possible.

Political Correctness began its well deserved death that day ten years ago today, it may be a long, agonizingly slow death, fitting perhaps for the cancer that it is, but it was the beginning of the end of the view that it is in any way good or proper to pretend a lie can pretty up the truth.
The lie is nothing but darkest evil, and the light of Truth chases, confines and obliterates it... as we have, and will do, to those who did this evil – you are nothing, and to nothingness you will be returned.

To those who want to think of this day as a time for healing or a day of service, Fuck You...

Exactly. Part of me will always remain with the ashes of my friends at the WTC.

Like me, you leave your best thoughts in the comments, Van.

Thanks for all of it.