The motto of The United States of America: "E Pluribus Unum - Out of many, One" - is a truly great sentiment, which indicates the way by which any person, no matter what religious, ethnic, racial background was left behind in coming to America, is able to become every bit as American as anyone that might be directly descended from its Founders. Being an American, is not something that is received from or passed down by blood, but through consciously embracing its ideals.

For those who've forgotten, probably by way of what they've learned, diversity itself is neither a value nor a concern, it is but a simple fact of life - for you may rest assured that wherever there are any three people gathered, some 'diversity' exists between them. But to value diversity as such in America, is to value what divides one person from one another, and to focus upon that will rend them apart through the failure to focus upon what there is that is present to each of us which could and should bring us all together as one. Where 'diversity' is used in a divisive manner, it passes beyond the merely concerning, and becomes an active evil towards all of our lives, expressing not only an anti-American sentiment, but an anti-human one, as well. 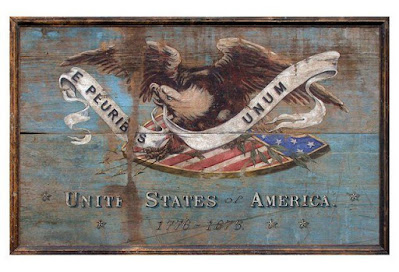 The Declaration of Independence is the political and literary path towards joining with your fellow Americans of divers backgrounds, as one people, and valuing it as that is the means by which your particular background can be seen as a unique value which adds to our whole, rather than as a means of reducing us all to less than we are and should be.
This Independence Day, refresh yourself with through '...The unanimous Declaration of the thirteen united States of America:

"When in the Course of human events, it becomes necessary for one people to dissolve the political bands which have connected them with another, and to assume among the powers of the earth, the separate and equal station to which the Laws of Nature and of Nature's God entitle them, a decent respect to the opinions of mankind requires that they should declare the causes which impel them to the separation.--We hold these truths to be self-evident, that all men are created equal, that they are endowed by their Creator with certain unalienable Rights, that among these are Life, Liberty and the pursuit of Happiness.--That to secure these rights, Governments are instituted among Men, deriving their just powers from the consent of the governed,--That whenever any Form of Government becomes destructive of these ends, it is the Right of the People to alter or to abolish it, and to institute new Government, laying its foundation on such principles and organizing its powers in such form, as to them shall seem most likely to effect their Safety and Happiness...." 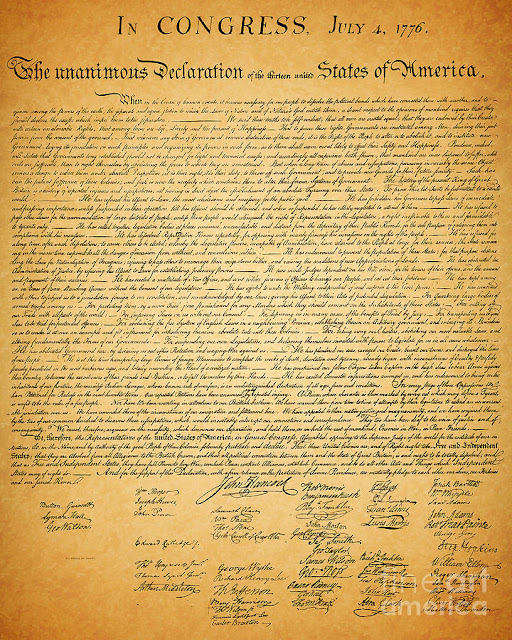