Behind the Actual Insurrection - Critical Race Theory and Beyond

Despite obvious appearances and its heated denunciations of 'White' this & that, it's not Whites that the proponents of CRT (Critical Race Theory), SEL (Social Emotional Learning), & their associated EIEIO's are primarily targeting. That may be hard to swallow, especially for those who've personally taken arrows from the target they've painted on their backs, but as I'll get into below, the issue becomes less, well... black & white... as you take notice that you don't have to be white to be considered by them to be a white supremacist. Thomas Sowell, John McWhorter, Andy Ngo, and others of Black, Hispanic or Asian ancestry, are all condemned as being or furthering white supremacists - even MLK's 'will not be judged by the color of their skin, but by the content of their character', is now frowned upon for enabling 'Whiteness'.
If that seems odd to you, wait until you take a closer look at the sorts of thinking which proponents of CRT will tell you amounts to spreading 'White Culture': Being guilty of thoughts such as these, is what the rabid leftists say are traits of 'Whiteness' and are therefore furthering the cause of White Supremacy. Obviously, these traits are not exclusive to 'whites', but are habits, observations & ideals (of what?) that are open to all - so where's the sense in labeling them as signs of 'Whiteness'? Yes, the notion is bigoted, and yes, most who say such things self-identify as being racists, but while racism is their means, it is not their ends. 'Whiteness' is just the latest euphemism for what they are targeting, and they use that because it is the simplest, most inflammatory, and divisive means available, for the Pro-Regressive left to sow dissension and division amongst us. What their actual ends are, is ending what 'Whiteness' & 'White Culture" refer to, which is Western Civilization in general, and America in particular, and they are deliberately targeting, subverting, and actively working to bring them down - and the only thing new about any of this, is how open they have recently become about it.

America was the first nation in history formed from and based upon ideas; ideas of limited government dedicated to upholding freedom of speech and our other essential individual rights, and the understanding that for all individuals to be treated equally before the law, Justice must be blind to their wealth, creed, race and status. Not surprisingly, America, having established the highest ideals ever set for a nation to live up to, hasn't succeeded in living up to them all, but if you can be honest and take your eyes off of our very human failures for a moment, it soon becomes apparent that because those have been our ideals, The West in general, and America in particular, have succeeded in lifting ourselves and the world up higher than ever before in history, and as long as we hold to these ideals, the sky's the limit... and yet every one of those ideals are under direct attack today.

Since the summer of 2020, supporters of CRT, and others of the Pro-Regressive Left have been cancelling and spewing hatred towards those who've either dared support or behave respectfully towards those ideals, or towards the American flag which represents them, or our Constitution which supports them, America itself which implements them, and the Greco-Roman/Judeo-Christian culture which preceded and enabled them.
This week, the democrat party led by Nancy Pelosi in our House of Representatives, began bringing about formal proceedings to charge that a group of sightseers and confused cos-players with little more than a single stun-gun and a buffalo hat to share between them, began a riot that amounts to an insurrection:

Insurrection: "A rising or rebellion of citizens against their government, usually manifested by acts of violence"

If that is the case, then what shall we call our political and academic leaders on the Left who openly led others in shouting that they wanted to 'burn it all down!'. These leaders, smiled and made condescending comments, encouraging their followers, so that when they weren't able to seize, occupy, or destroy private property, they'd burn it down in 'peaceful protests' with firebombs, and brutal assaults in riotous mobs armed with clubs and guns, even our monuments have been violently pulled down and torn up - is there no House Hearing on those incidents? If what a random group of demonstrators without a plan or clue between them can be charged with insurrection, and warrant a full House investigation into their lives, then what of what the leaders of the Democrat Left who have been engaged in doing that, and far worse, for well over a year?

That is infuriating, isn't it? Whether you're outraged by it, or outraged by my outrage over it, you're infuriated either way, right? Take note of that.
Because this too, in typical Pro-Regressive Leftist fashion, is a distraction, a mere sideshow in comparison to the real insurrection that they have been waging against America for well over a century, not in our streets, but in our schools, and within the minds of its teachers and our children.

Those who're aligned with what is now being identified as CRT, and the notions of Social Justice and its like which they grew out of, are waging a far more deadly, virtual insurrection, against the culture and history of America, and they are waging it on all fronts in our nation today, and in doing so they have come to occupy vast territories within our children's minds.

What's worse, far too often these insurrectionists are being given aid & comfort, enthusiastically so, by those who they are intentionally attacking. 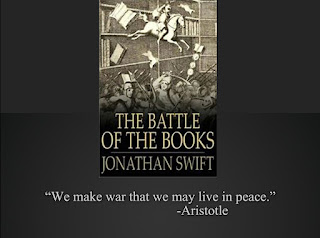 To truly and effectively fight back, we've first got to realize that for a nation of ideas, the real battleground is not in the streets, but within the American mind, and to engage in that battle effectively, across occupied territory, we've not only got to identify and raise a standard for what is right and true, but we've also got to be able to see through their camouflage and flush them out of their hiding places, and we've got to stop making it easy for their falsehoods and lies to advance upon us, and our fellows.
That is, you might say, of critical importance.  And, hopefully not surprisingly, it's going to take several posts to sketch out.

We'll start looking at how to take away their cover and begin reclaiming our lost ground, in the next post.
Posted by Van Harvey at 12:17 AM