So... my Mom wrote a book, and if you need a break from the heat of the moment today, step back with her into The Valley of Yesterday.

My Mom's Dad, Leo K. Kuter, was an Art director (mostly with Warner Bros, but other studios as well), and she's written a book about growing up in the San Fernando valley, at the time when Hollywood was just getting going. Grandpa, who was used to designing and building movie sets, designed and built his own house, which doubled as a working ranch. My brother & I got to spend a few years growing up in that house as well, and though the ranch portions had been sold off by then, it was a great place to be a kid. 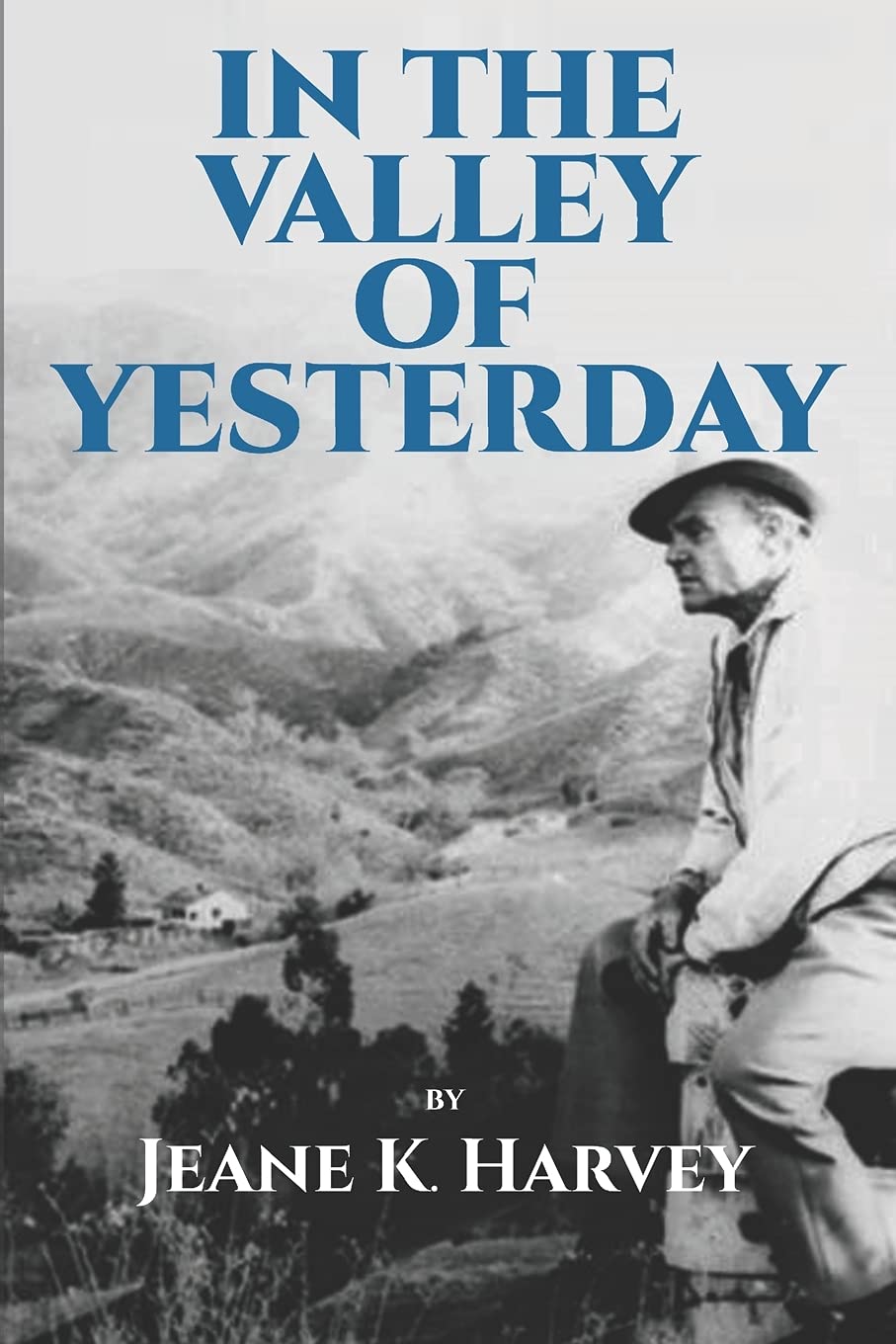 Her brother, my Uncle Kay E. Kuter, was an actor, one of those guys whose face you recognize, from everything from the opening scene of Bogart & Audrey Hepburn's 'Sabrina', to the goofy Newt Kiley in Green Acres & Petticoat Junction, to Seinfeld, creepy parts on the X-Files, Star Trek The Next Generation, and the big foreheaded emperor in The Last Starfighter! Mom, who's still quite a looker, spent a number of years singing in opera and in musical reviews, before meeting up with my Dad and then bringing my brother & me into the world.

If you like going behind the scenes of the way things were, I think you're really going to enjoy reading this book. And me? I think it's pretty damn cool. 😎

From the intro on Amazon:

"Before the freeways, smog, and congestion, there was a magical, undeveloped land called the San Fernando Valley of California. It became a fruitful place where oranges, ranches, and movie stars grew in abundance.

Jeane Harvey’s stories of growing up in a show-business family in this one-time Garden of Eden sweeps us back to those enchanted times. Her father, Leo “K” Kuter, was one of Hollywood’s most notable art directors. His dinner conversations were as likely to be about Errol Flynn or Humphrey Bogart as about the children’s grades. Jeane’s brother, Kay E. Kuter, best known for his role as Newt Kiley in Green Acres, was a lifelong working actor in both film and television.
As a child, Jeane fell under the spell of Jeanette MacDonald, and wanted nothing more than to grow up and sing—and so she did. She performed in opera, musical comedy and concert. Along the way, another performer caught her fancy, her Prince Charming, Al Harvey. With no regrets, she gave up the stage to marry and raise two handsome and caring sons, Mason and Van.

As Jeane remembers what life was like in such a realm, she sweeps us along to a place forever gone—but not forgotten."