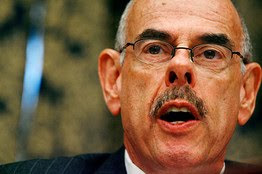 This. Must. Be. STOPPED!
"...The U.S. government plans to propose broad new rules Monday that would force Internet providers to treat all Web traffic equally..." (Hat Tip to "The Gunslinger")

The proposals for 'Net Neutrality' will soon after mean Net control, and eventually a Net loss - this is potentially Far worse than a new A.M. Radio Fairness Doctrine (which, btw, is next in the obama hopper of "to be implemented by other means" items).
Without the Internet, Talk Radio may have raised a ruckus over healthcontrol, but there would have been no sustained Tea Party movement as we have today - and proregressive regulators know it.
There doesn't need to be a law made to outlaw dissent. All that needs to be done, is to cause the chief forum for dissent to collapse, and there will be no more effective dissent - and that is what this measure (and those which would soon follow, 'improving' it) is guaranteed to accomplish.

Forget about the supposed details and distractions, forget about who is supporting it and who is opposing it. If you want to see how it works out when the Govt steps in to make a 'fairer' distribution of traffic and access, of what happens to the industry as a whole, take a look at how the 'help' they gave to the railroad industry worked out.

Don't fool yourself into thinking that Airlines ended railroad travel, they capitalized on the mess which ended up with a Govt subsidized Amtrak being all that remains of a once vibrant industry and service (and with poetic justice, they were targeted by regulators next - like to complain about airline service? Send the thanks to your Govt - you listening O'Reilly?).

Or if you want a single demonstration and explanation of what it will be, and how it will work, read Atlas Shrugged. The joke of the book, is that all the regulations and directives by Govt thugs to 'aid' the railroad industry... they were fiction in name only! They mirror actual laws, regulations & agencies actually put into place to more fairly distribute rail traffic, and reduced it to having its only business being essentially heavy transport alone.

This bill is no different in it's planned inception, or what will be guaranteed to follow in it's footsteps.

If you value the Internet, SAVE it from the threat of Govt Help! Contact your Congressmen and contact your Senators!
Posted by Van Harvey at 2:45 PM

Very interesting information. I looked at the following graphic that depicts various groups in favor and opposed to this legislation.

I wonder why the "Gun Owners of America" are in favor of net neutrality. It is really strange to see a 2nd ammendment group on the same side as the ACLU and Move On. I am guessing that their involvement is the reason Gunslinger posted his thoughts on this matter.

Overall, I agree with Van's take. As soon as the government gets involved, everyone will become worse off.

This also reminds me of a problem I encountered so many years ago while in a math team competition. The problem involved 2 candles of various lengths and burning at different speeds. I was asked at what time will the 2 candles reach the same height, and quickly answered: when they are both completely burned out. This is not only the easiest solution of how to divide up a pie fairly, it is also the solution most often employed by the state. In communist Russia, everyone was equal and poor. I am certain that a "fair tax" is interpretted by many of our political class to mean 100% tax.

There's lots of different views on the matter... everyone has their 'reasons', everything from the equivalent of the likes of

the 'open source' crowd who thought Microsoft should be forced to give away their source code to windows and IE,

or the likes of AOL, SUN & NetScape teaming up with the SEC to use the govt to do what they couldn't do themselves, beat Microsoft.

There's the people who think the internet is 'OUR' internet, as if they have right to the bandwidth ISP's produce and provide just because they've gotten used to using it, no different than the ones who claim there to be a 'public airwaves' (conveniently ignoring the fact that the air is there for the public, all they want, but unless a broadcaster builds and transmits waves into it, there would be no waves in the air for the public to receive),

or the worse ones, the Major Corp's who think they can use, 'partner' be 'good corp citizens' with the Govt to limit new competition from entering the market and keep it for themselves -

just like the German industrialists who thought they could 'use' the rising nazi party to their advantage, bribe and control them.

There are a million reasons and errors and delusions and obfuscations that people are willing to use to get what they want but don't deserve... just as with Rights, in their minds 'fair' doesn't mean an equal opportunity, but equal and guaranteed results.

What we need to do is not grant them any pretence of respectability - they are thugs, punks and crooks - nothing more, and they need to be identified, named and stopped.

If you value the Internet, SAVE it from the threat of Govt Help!

Good Lord, how is it possible to be this ignorant? Where do you think the Internet came from?

aninnymouse said "Good Lord, how is it possible to be this ignorant? Where do you think the Internet came from?"

Perhaps you hadn't noticed, but there have been a few changes since the ARPANET days, and they haven't been fueled by Uncle Sam... though had it remained under their sole control, you probably would still recognize it.

By your notion, I suppose that FedEx and UPS owe their all to the USPS? It does of course occasionally sue the parcel services when it see's people sending letters through them, but hey, what's a monopoly to do?

Sometimes it's easy to determine what side to be on by just looking at the players.

If the ACLU and MoveOn are on one side, I can pretty safely bet I should be on the other.

I can't explain "Gun Owners of America". They should be ashamed.

Gunslinger said "I can't explain "Gun Owners of America". They should be ashamed."

Yeah... I think with so many people educated into ignorance about what rights are (most people couldn't tell you the difference between a Right and a Need if their lives depended upon it - which it does), that they just automatically ASSume that if rich, greedy corporations claim ownership of something LOTS of people depend upon, even NEED, then of course they must be unfairly keeping it from them, and have no right to!

Our ills began in the schools over a century ago, and things won't get better until our schools are not just 'improved' - for they are working exactly as planned (Woodrow Wilson actually said in a speech to the Federation of High School Teachers: "We want one class of persons to have a liberal education and we want another class of persons, a very much larger class of necessity in every society, to forgo the privilege of a liberal education and fit themselves to perform specific difficult manual tasks." ) - but replaced.